Former President Barack Obama made a group of Washington, D.C., high school students’ day when he showed up as they were finishing out their first week of school.

Proud of these McKinley Tech students—inspiring young minds that make me hopeful about our future. pic.twitter.com/nqYC1mjjTB

Students at McKinley Technology High School couldn’t contain their excitement when the former president walked through the door Friday, and said, “Hey, how’s it going everybody?”

RELATED: Barack and Michelle Obama spotted at Harvard University as they dropped off Malia for her first year

“The chancellor told me you guys were meeting, so I thought I’d stop by. How’s everybody doing? Is that my seat? You don’t mind me crashing, right?” Obama said as the students sat there with looks of disbelief on their faces.

@BarackObama made a surprise visit to McKinley Tech HS here in DC to welcome back students as they start a new school year. pic.twitter.com/Y64tAE0KBl

The moment was caught on video, which was later posted to Obama’s Instagram page. The video was captioned, “These young people that I met at McKinley Tech today are the reason I’m hopeful about the future. To all the young people headed back to school around the country: Make us proud. You’re the next generation of leaders, and we need you.”

During his visit, he told the students, “One of the things that I did throughout my presidency was I’d meet with groups of young people everywhere I went, whether it was here in the United States, or when I was traveling overseas just to kind of hear from them, find out what they’re interested in, because I do believe that most of the problems that we have are going to be solved by you.”

He concluded his visit by encouraging the students to never give up: “Remember what I say: Don’t back down.”

While in the White House, Barack and Michelle Obama would frequently visit schools. The former first lady, especially, would focus on the importance of girls’ education.

According to The Hill, a statement released by Obama’s spokesperson, Keith Schiller, revealed that the visit on Friday was part of the former president’s “ongoing conversation with young people.”

“President Obama is focused on supporting the next generation of leaders,” the statement said. “Today’s meeting is part of that ongoing conversation with young people.” 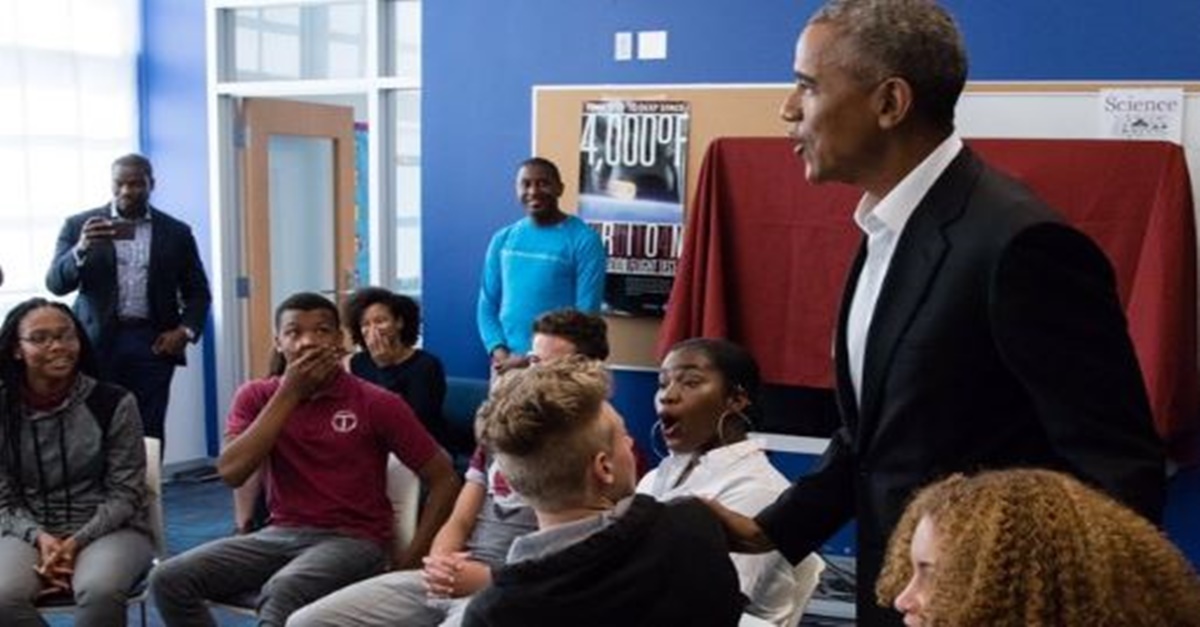