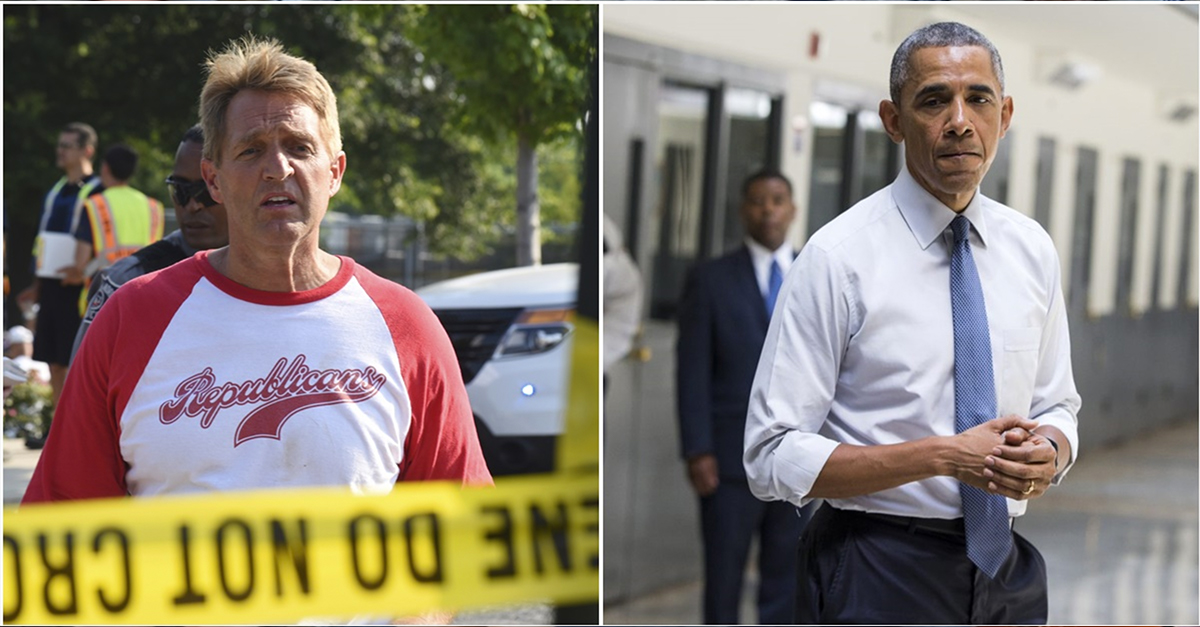 Former President Barack Obama reached across the aisle to one Republican senator after the shooting at a Republican congressional baseball practice that sent shockwaves across the country.

Senator Jeff Flake (R-Ariz), who was at the practice during the shooting, said that he received a call from the former president. He said that Obama sent his “best wishes and prayers” to the victims of the shooting, according to Politico.

On Wednesday, during a practice for an upcoming congressional baseball game, a lone gunman, 66-year-old James Hodgkinson, opened fire on a group of individuals at a baseball field in Alexandria, Virginia. Rep. Steve Scalise (R-La.), the majority whip, was shot along with three other individuals, including Crystal Griner, a law enforcement officer, Zach Barth, a Republican staffer and Matt Mika, a lobbyist for Tyson and a former Republican staffer.

“This is particularly raw for those of us in Arizona,” Flake told reporters.

Flake was referring to the fact that the citizens and representatives of Arizona had endured a similar tragedy in 2011 when then-Rep. Gabby Giffords (D-Ariz.) was shot, along with 16 other people, near Tucson, Arizona, during a meeting with constituents.

“He went through this a couple of times,” Flake said, referring to Obama.

Flake also revealed that Obama had asked him to let Scalise know that he was thinking about him. According to reports, Scalise is still listed in critical condition.