Former President Obama shows up for jury duty in Chicago 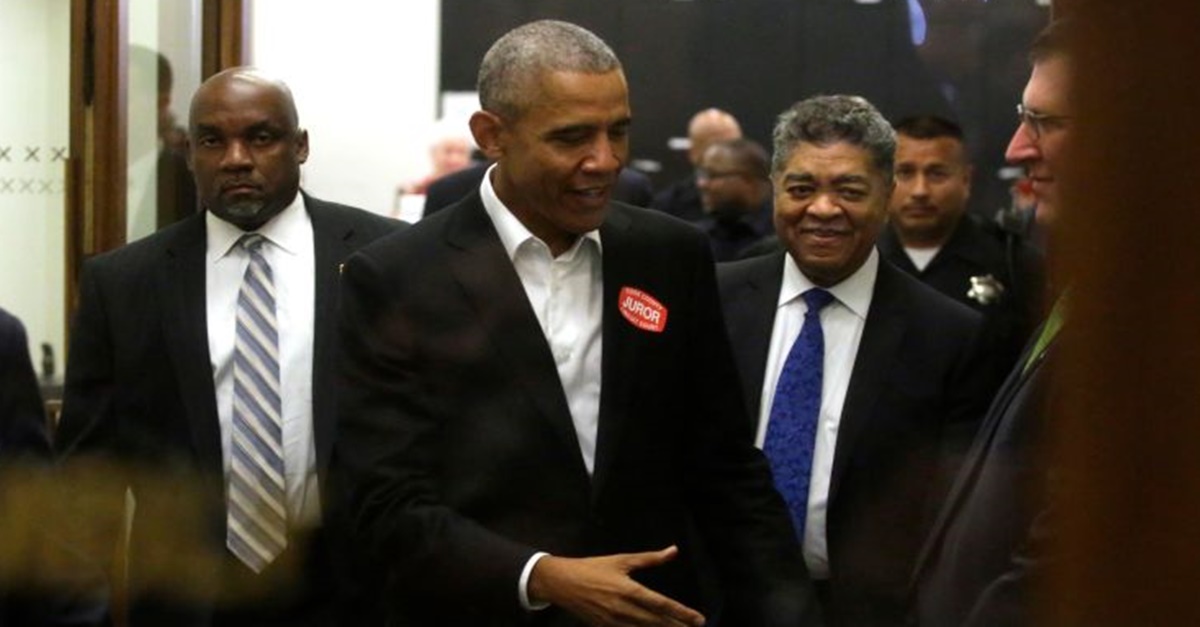 Former President Barack Obama showed up for jury duty at a Chicago courthouse Wednesday but was dismissed before noon.

The former president was part of a pool that wasn’t called,  Chief Judge Tim Evans, who presides in Cook County, said during a press conference after Obama left.

“The public allowed him to come in and to do his duty. I thought, for example, he would be reticent about greeting them. He came in and greeted the prospective jurors on both sides of the panels. We had about 220 people here. He took time to greet people on both sides,” Judge Evans said, according to CNN.

After a while, fellow potential jurors begin to see Obama as approachable and tried to talk to him.

RELATED: Barack Obama will fulfill his civic responsibilities again — this time in a Chicago courthouse

“He discovered that some knew they might have a chance to meet him and they brought books for him to sign,” Judge Evans told reporters gathered for the press conference. “I saw him pause for a moment and I thought his Secret Service panel may not permit him to do that, but he said that he wanted to sign their books and he did sign.”

The former president was, once again, against taking selfies.

“He said, ‘Well you can take a shot, but no selfies.’ He thought that would delay him,” Judge Evans said.

Obama was called to jury duty in Cook County, Illinois, where he maintains a residence although he primarily resides in Washington, D.C., so that his youngest daughter, Sasha, can attend school at the Sidwell Friends private school.