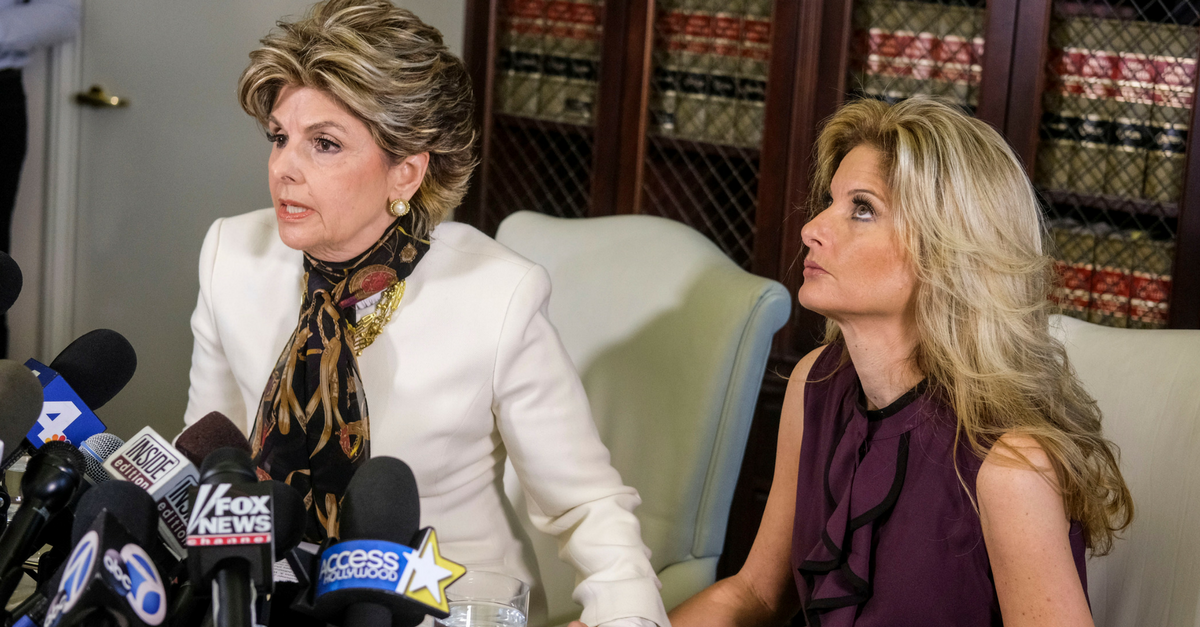 AP Photo/Ringo H.W. Chiu
Summer Zervos, right, listens alongside her attorney Gloria Allred during a news conference in Los Angeles, Friday Oct. 14, 2016. Zervos, a former contestant on "The Apprentice" says Republican presidential candidate Donald Trump made unwanted sexual contact with her at a Beverly Hills hotel in 2007. Zervos is among several women who have made sexual allegations against the Republican nominee. He has strenuously denied them. (AP Photo/Ringo H.W. Chiu)

On Tuesday, former “The Apprentice” contestant Summer Zervos held a press conference with her lawyer Gloria Allred to announce that she is filing a defamation lawsuit against President-elect Donald Trump.

One month before Election Day, Zervos revealed that she was subjected to “unwanted sexual touches” by Trump during a business meeting in 2007. While she did not immediately go public with the information or take legal action against him at the time, she claimed she did tell family members about the encounter soon after it occurred.

“In October 2016, that all changed,” read Zervos’ lawsuit, indicating that the victim decided to come forward with her accusation after hearing the leaked audio tape of Trump’s conversation with Billy Bush, in which he describes grabbing women in a sexual manner without their permission. Soon after, the President-elect asserted that he had never actually done the things he described during a presidential debate.

It was then that Zervos saw Trump’s behavior “for what it was” for the first time, saying that she realized what happened to her was “not a mistake or an isolated incident.” Trump, however, denied her claims, calling them “made up events that never happened,” “100 percent fabricated and made up charges” and “totally made up nonsense.”

As a result, Zervos is filing a defamation lawsuit against him for using his “national and international bully pulpit” to denigrate and verbally attack her and several other women who had made similar accusations, saying she has even received threats since going public. She indicted during the press conference that she is willing to dismiss the lawsuit without monetary compensation, should Trump retract his statements about her claim and admit that she “told the truth about him.”

RELATED: A Donald Trump supporter tells the women who accused him of sexual assault to ?grow a set?

?I want to make it clear that even though it is hard and painful to speak up against the world?s most powerful man, I will continue to speak the truth and I refuse to be intimidated into silence,? Zervos said.

“Truth matters. Women matter. Those that allege they were victims of sexual assault or sexual misconduct by Donald Trump matter,” Allred defended her client.