Jason Pollack, the documentary filmmaker of “Stranger Fruit,” which focuses on the police shooting of Michael Brown in Ferguson, Mo., made appearances on multiple networks Monday.

During his appearance with Fox News’ Martha MacCallum, Pollack lost his cool.

A major focus of his interviews has been the new security footage, seen in his film, that Pollack shared with the New York Times. Pollack says the footage challenges the police narrative that Brown robbed the convenience store. He believes Brown had a negotiated deal with the store clerks in which he traded a bag of marijuana for cigarillos.

The attorney who represents the store and its owners has disputed Pollack’s claims, calling them “just stupid.” Following the news story MacCallum ran about the new video footage in the documentary, MacCallum introduced Pollack, who immediately responded by saying: “I am simply stunned by that report. Simply stunned. Beautiful job, fake news 101.”

MacCallum asked Pollack what difference it makes if Brown was robbing the store, or trading pot or whatever. She says what matters is what happened in the street between Brown and Officer Darren Wilson when Brown was shot and killed.

Pollack fired back that anyone “with a conscious, a heart, two minds and is not a bigot” can see what’s going on — that he did not rob the convenience store. “Unfortunately,” Pollack continued, “there’s some people in America with so much bias inside of them that they just want to think that Michael Brown is a bad guy.”

The Fox News anchor stopped Pollack there and interjected that people think Brown is a “bad guy” because 40 FBI agents went to Ferguson to investigate the case at the behest of then-Attorney General Eric Holder, who also quickly arrived at the scene, and made the conclusions.

RELATED: Alabama police officer clings to her life after attacker made good on his word

Said MacCallum: “I think it’s fair to assume that they really believed that they were going to be able to indict Officer Wilson, that he had acted wrongly, but when they got there…”

Pollack then jumped in, raising his voice and fiercely wagging his finger: “That’s absolutely not true. Not true. Don’t just say that.”

Pollack then jumped in: “To indict Darren Wilson? No way. No way. Do you know how the system works? These cops get off every single time.”

MacCallum then asked Pollack if he’s suggesting the Justice Department’s investigation means nothing.

“When the facts of this case come out…” Pollack said as he shouted down MacCallum’s attempts to interject: “Excuse me, Miss! Can I speak now?!”

Pollack then went on a tirade about how Brown was shot. 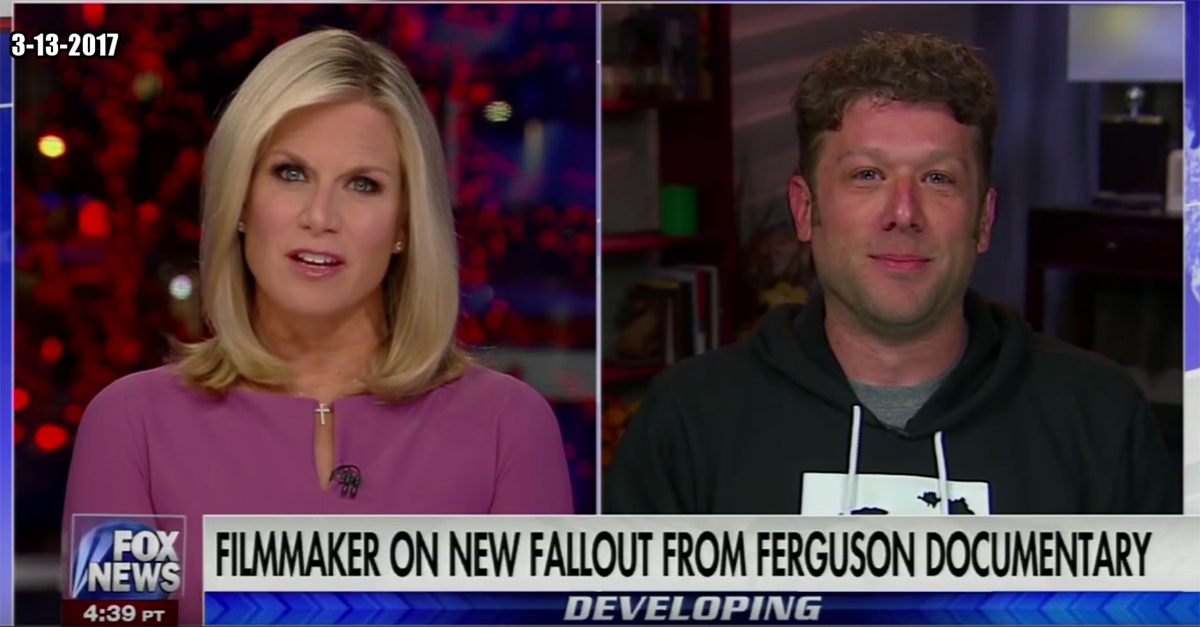