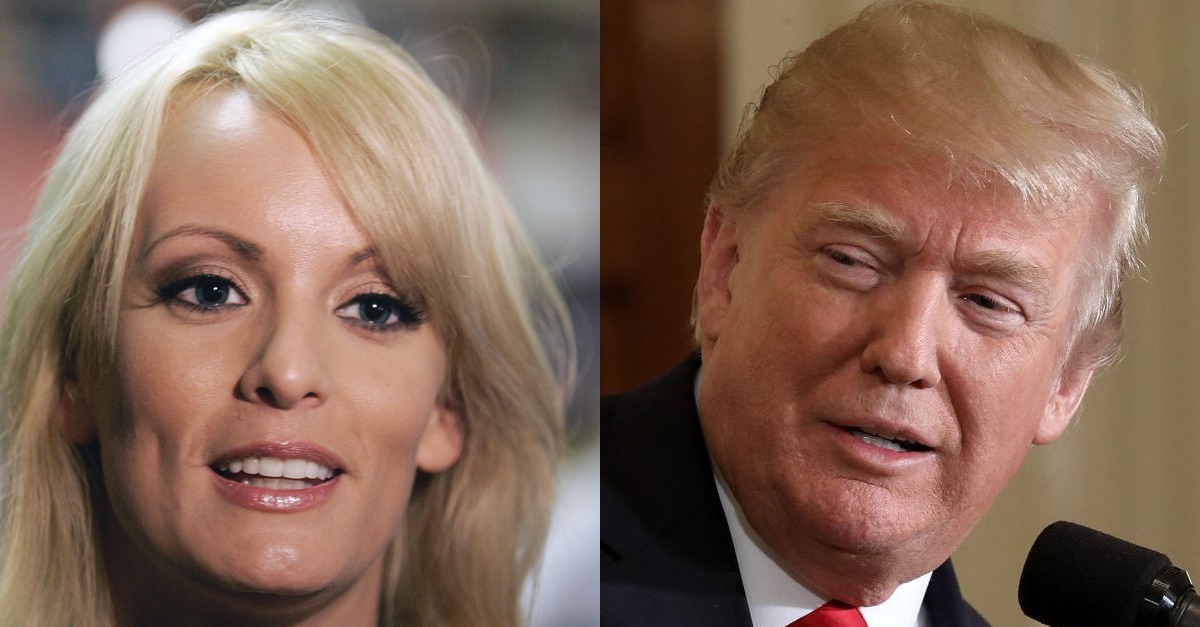 Fox News reportedly chose not to publish a story about an alleged sexual relationship between an adult-film star and Donald Trump before the 2016 election.

According to CNN, Fox News reporter Diana Falzone wrote a story about an alleged relationship between Stephanie Clifford, whose stage name is Stormy Daniels, and Donald Trump in October 2016, a month before voters went to the polls for the election.

People with knowledge of the story told CNN that Falzone had seen communications about a settlement between Trump and Clifford and had a statement from Clifford’s manager that the adult-film star did engage in a sexual relationship with Trump.

However, the network chose not to publish the story, with one person telling CNN that Falzone “had the story and Fox killed it.”

Fox News chose not to publish the story because it was “unable to verify all of the facts and publish a story,” according to Noah Kotch, Fox News’s digital editor-in-chief and vice president.

“Like many other outlets, we were working to report the story of Stephanie Clifford’s account in October 2016 about then-Presidential candidate Donald Trump and a possible payment by Trump lawyer Michael Cohen,”
Kotch told CNN. “In doing our due diligence, we were unable to verify all of the facts and publish a story.”

RELATED: Hackers took over the Twitter accounts of two Fox News hosts – and are now using them to get to Trump

CNN’s report comes shortly after The Wall Street Journal published a report that Trump’s personal lawyer, who was at the time a lawyer for the Trump Organization, paid Clifford $130,000 as part of a non-disclosure agreement one month before the 2016 election.

Clifford had revealed to sources interviewed by The Wall Street Journal that she had a consensual relationship with Trump in 2006. Trump married his current wife, Melania Trump, in 2005.

“This is now the second time that you are raising outlandish allegations against my client,” Cohen said. “You have attempted to perpetuate this false narrative for over a year; a narrative that has been consistently denied by all parties since at least 2011.”

Trump’s personal attorney also sent the Journal a statement signed by Clifford denying that she and Trump had a sexual encounter. She also sent the same statement to CNN.

The White House has not commented on the alleged $130,000 payment, but they said that the relationship between Clifford and Trump were “old, recycled reports.”