At their first meeting, ahead of a NATO summit in Brussels on Thursday, the two men locked hands for so long that knuckles started turning white.

Trump finally seemed ready to pull away — but Macron evidently wasn’t. The French leader held the shake for a few seconds more. Both men’s jaws seemed to clench.

Trump has described himself as “a germ freak” and called handshakes “barbaric.” In his 1997 book “The Art of the Comeback,” Trump wrote he’d “often thought of taking out a series of newspaper ads encouraging the abolishment of the handshake.”

RELATED: President Trump and Canadian Prime Minister Trudeau had a slight pause before their handshake, but the internet ran with it

Trump’s aversion to hand-shaking seemed to lessen over the course of the U.S. presidential campaign. He’s now deep into an inaugural world tour that has forced him to exchange hand greetings with leaders from Israel to the Vatican.

Macron won France’s election this month by positioning himself as the anti-Trump, embracing globalization and open borders and quoting philosophers.

But as a 39-year-old who has never held elected office, Macron clearly was excited about the appearance with the U.S. president, which cemented his status as a new global player — and as a formidable hand-shaker. 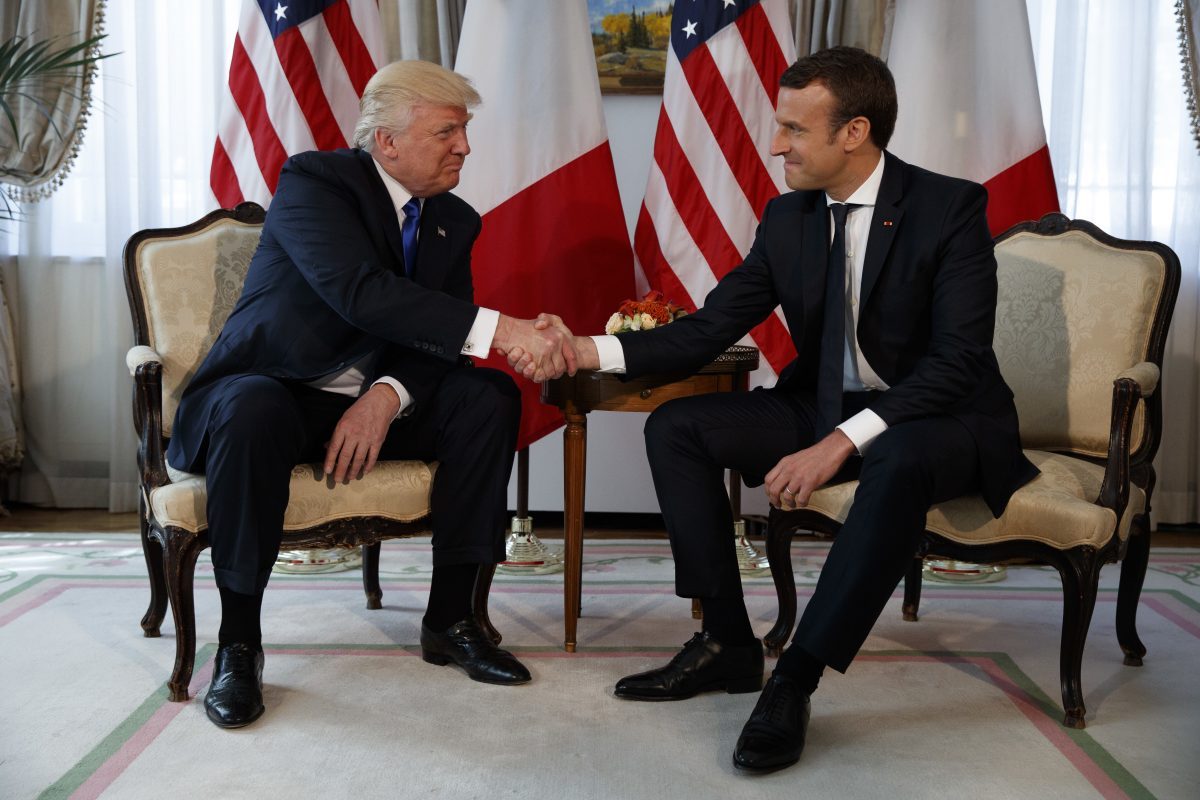