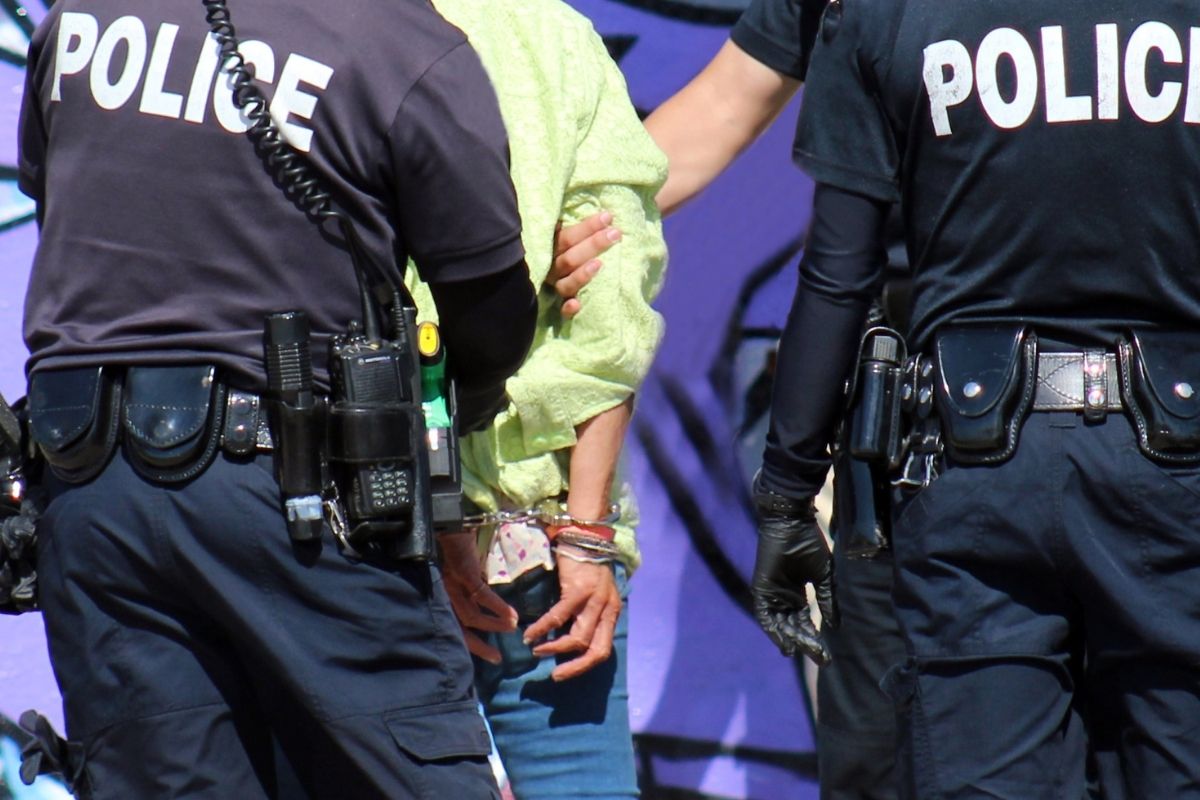 An 11-month long investigation by local and federal law enforcement agencies resulted in more than 100 arrests and disrupted a white supremacist gang operation that was responsible for terrorizing people in four states and the California prison system. According to authorities, the gang known as the “Fresnecks,” is being accused of working with several incarcerated members of the Aryan Brotherhood who commit violent crimes and kidnappings. They’re also accused of trafficking illegal drugs and firearms in multiple California cities, according to the Fresno County Sheriff’s Office.

The investigation, dubbed “Operation Lucky Charms” due to the Shamrock symbol that is often associated with the Aryan Brotherhood, resulted in the arrest of 102 individuals that are tied to the gangs. Last week 39 search warrants were executed by multiple federal and state enforcement agencies that resulted in the arrest of more than 60 people across Montana, Nevada, and California who allegedly had ties to the Brotherhood or the Fresnecks. According to the US Department of Justice, at least five of those people were already in the California state prison system, and that’s since been transferred to federal custody. In law enforcement operations, authorities also managed to seize a total of 47 firearms, nearly 6 lb of heroin, nearly 90 lb of methamphetamine, and $136,000 in cash.

The gang is accused of working with incarcerated members of the Aryan Brotherhood to commit violent crimes and kidnappings. https://t.co/HRS1Oa0r4b

According to the Fresno Sheriff’s office, the two gangs had already been operating a multi-state operation to smuggle drugs and cell phones into prisons around the United States. Using those cell phones, gang members both out and in the prison system were allegedly able to communicate with prison gangs, by organizing a number of illicit operations such as assassinations and gun and drug trafficking. Authorities also noted that the Brotherhood and Fresnecks also had several ties to robberies, murders in other states including Alabama, Idaho, Missouri, and Montana, and several robberies.

Apparently, this wasn’t the first time multiple state sweeps were conducted where the Fresnecks were targeted by local law enforcement and police officers. Two years ago, 37 members of the gang were arrested for several violent offenses which included robbery, sex crimes, and assault, according to the Fresno Bee in California. The Department of Justice stated that since it is an ongoing investigation, at least 11 acts of violence planned by the network of white supremacists or extremists were halted since last January. According to the FBI, hate crimes in the United States have been on the rise. There were a total of 51 hate crimes related murders reported back in 2019 compared to a total of 24 in 2018.