Trump Launches New Website to Speak to Followers: “A Beacon of Freedom” 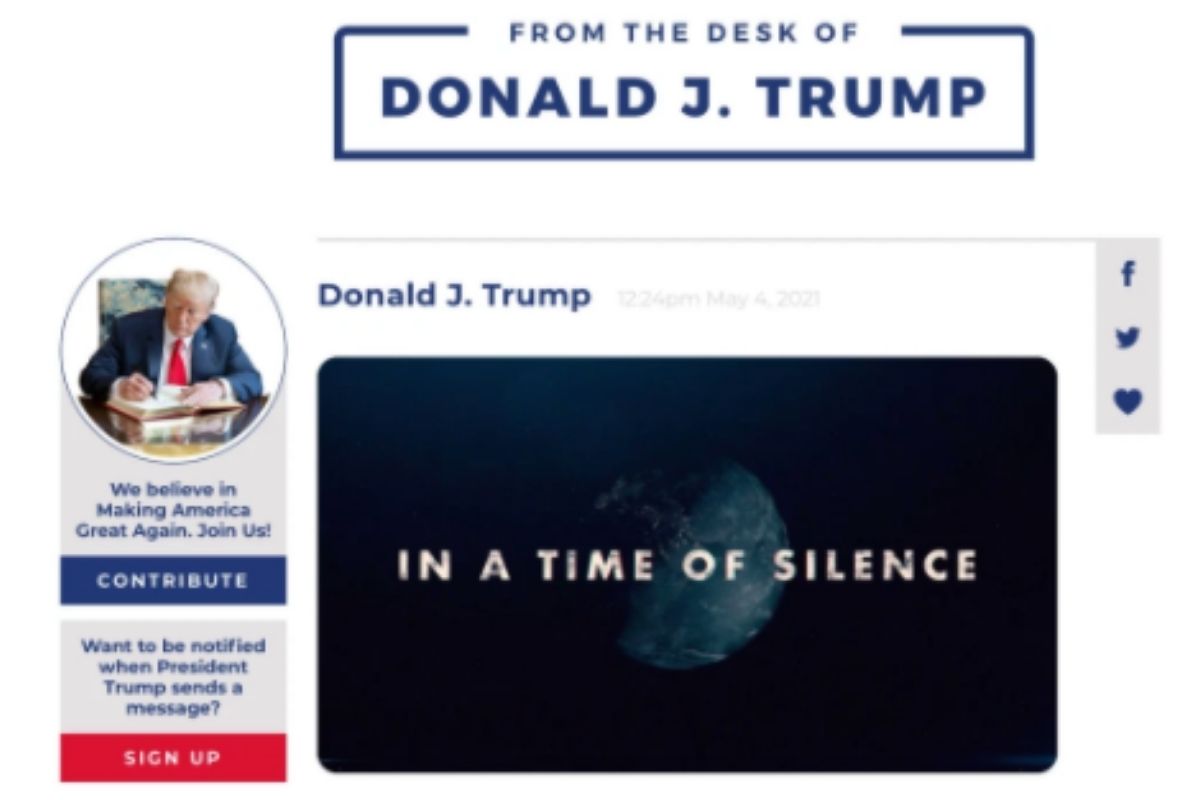 Former President Donald Trump decided not to wait on social media platform giant Facebook’s decision on whether they would allow him back on their website or not, by creating his own webpage: https://www.donaldjtrump.com/desk. Titled “From the Desk of Donald J. Trump,” the platform brags itself as “the beacon of freedom” and a “place to speak freely and safely,” in a 30-second video, according to Politico.

Those who visit the site can “like” what’s posted there, with the ability to share and repost on other social media sites such as Facebook and Twitter, which, keep in mind, have both initially banned America’s 45th president from using their platforms. People can also sign-up to be on a list to receive notifications whenever he posts a new message on the new communications platform. There are no options to comment or interact with the posts in any other way, but so far the blog-like webpage has been a collection of press release statements that Trump has issued via his other channels, including Save America PAC.

Although Trump supporters have rallied behind the notion that the Big Tech companies in the digital ecosystem are biased against Republicans by limiting their right to free speech, Trump’s new website proposes a solution for the alternative. His accounts on Twitter and Facebook were shut down just weeks after he left the White House after he was found guilty of inciting the US Capitol riots back in January. And now, according to USA Today, with Facebook’s Oversight Board about to announce whether he would be allowed to return to the platform or not, he decided to just make his own. Twitter, however, permanently blocked his account after the insurrection, along with no plans of allowing him to return.

As of now, it’s still unsure if the billionaire’s new website is going to be temporary or permanent. The former president remains outspoken on his loyalty to the Republican Party, and rumors of a third presidential run by the Trump Administration in 2024 have surfaced.