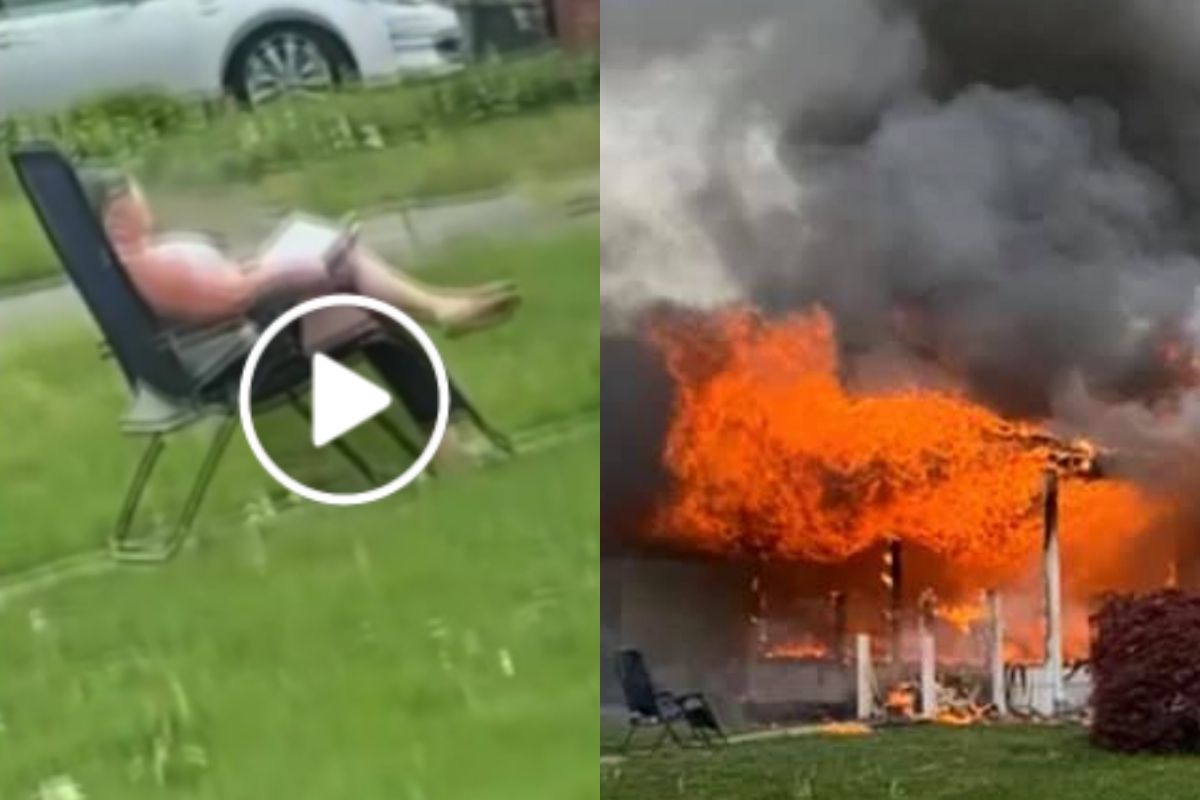 In Cecil County, Maryland, a woman allegedly set her house on fire with another person inside… then sat in a fold-up chair to casually watch the inferno burning from her front lawn. The Maryland woman has been identified as 47-year-old Gail Metwally.

On April 29, Gail J. Metwally set fires within her own home on Cherry Lane in Elkton, Maryland. Then, she reportedly set up in the front yard on a fold-up lawn chair to watch the massive flames engulf the house. That’s when witnesses called the fire department, who arrived at the scene around 1:15 pm according to the Maryland State Fire Marshal.

Metwally’s wild arson spree sounds terrifying enough — but there was also another person stuck inside the house! According to Deputy State Fire Marshals, Metwally lived with three other people but only one of those residents was home during the life-threatening house fire. And thankfully, she made it out alive. A video, now trending across social media platforms, captures that frightening moment.

In the viral video, attached above, you can hear the witness remarking, “Oh my God,” as they realize the extent of this blazing house fire. At first, the shocking focus is on Metwally who is “just chilling back” as the house gets destroyed. Then, it becomes clear that someone is stuck inside and the surreal video turns into a real-time rescue documentation. “Hurry!” the witness yells as two bystanders run to pull a woman out from a window.

The surviving victim has been identified as 52-year-old Blenda Holbrook. Holbrook’s sister, Pat Bernal, says that Holbrook had been trapped in the basement by a trash can blocking the stairs… which sounds like a further indication of Metwally’s dark intentions when setting fire to the place on Cherry Lane. Metwally fled the scene soon after the events caught on tape, but she was quickly detained by Maryland State Police.

According to Bernal, Metwally was recently hospitalized for mental health issues and had been requesting additional behavioral help — a plea that was ignored by authorities. Apparently, Metwally had been renting a room at the Cherry Lane residence throughout the Coronavirus pandemic.