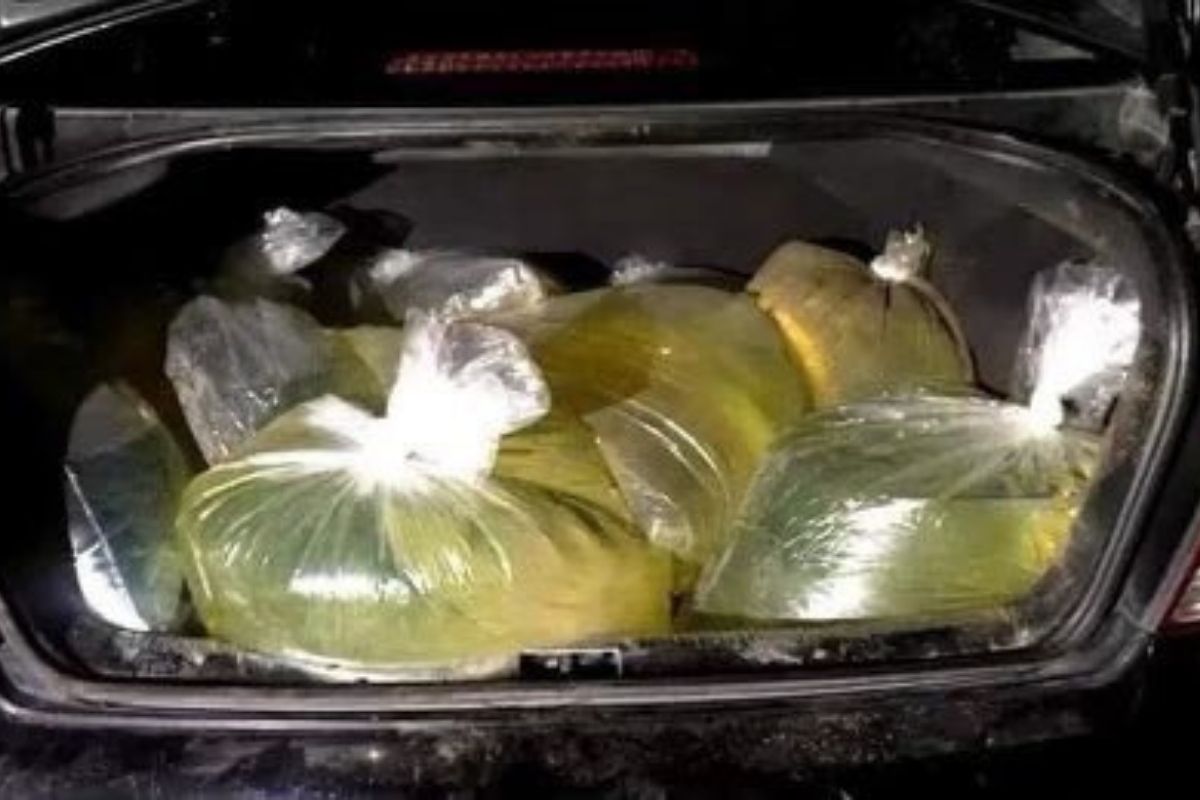 Since the cyberattack on the Colonial Pipeline by Russian hackers last weekend resulted in a pipeline shutdown, Americans are worried about an impending gas shortage. That fuel pipeline supplies 45% of the East Coast’s total gas. But as of today, operations have resumed and the government has warned against panic buying the fuel. After footage of some extreme hoarding scenarios went trending — think the 2020 toilet paper craze but with a substance that’s leaky and flammable — messaging from the U.S. Consumer Product Safety Commission has been very direct: do not fill plastic bags with gas.

The Colonial Pipeline shut down operations last week after a ransomware attack, likely perpetrated by the Russian criminal group DarkSide. Today, President Joe Biden announced formally that he does not suspect the Russian government was involved. Since August 2020, DarkSide has operated as something of a “ransomware-as-a-service” company, according to the security firm Cybereason. They offer hackling services aimed to extort corporations by leveraging the threat of leaks.

The Colonial Pipeline shutdown threatened fuel shortages across the country as the pipeline warned of intermittent service. But on Thursday morning, there was more breaking news: the pipeline is back and running with gas on its way by the end of the week. When exactly gas stations can expect that gas, though, is an important question. According to GasBuddy, about 1,800 total stations are entirely out of fuel and gas prices in the affected states have sky-rocketed to a seven-year high. Depots in the Southeast, in Georgia, Virginia, South Carolina, and North Carolina particularly, has been cleaned out more than half of its stock due to rampant panic buying over the past week.

Do not fill plastic bags with gasoline.

Throughout the week, anxious consumers were loading up on gasoline… and posts of their desperate tactics went viral on social media. With no real gas cans, motorists were left to fill plastic bags. Check out some of the ridiculous pics below.

And this is how someone thinks they should get gas…🙄 #gasshortage pic.twitter.com/XT7APSI9rM

So how does one get the gasoline out of the plastic bags into the gastank? 🤔 pic.twitter.com/mi4MMLy495

In response to the growing situation, the U.S. Consumer Product Safety Commission spoke out, telling Americans point blank tweet: “Do not fill plastic bags with gasoline.” That message followed up by an emphasis to use appropriate containers, reminding everyone about the explosive, deadly consequences of transporting gas haphazardly — especially when near an open flame.

Flame jetting is a sudden and possibly violent flash fire that can occur when pouring flammable liquids from a container over an exposed flame or other ignition source.

NEVER pour flammable liquids from a container over an exposed flame. pic.twitter.com/HoVuWf1gmt