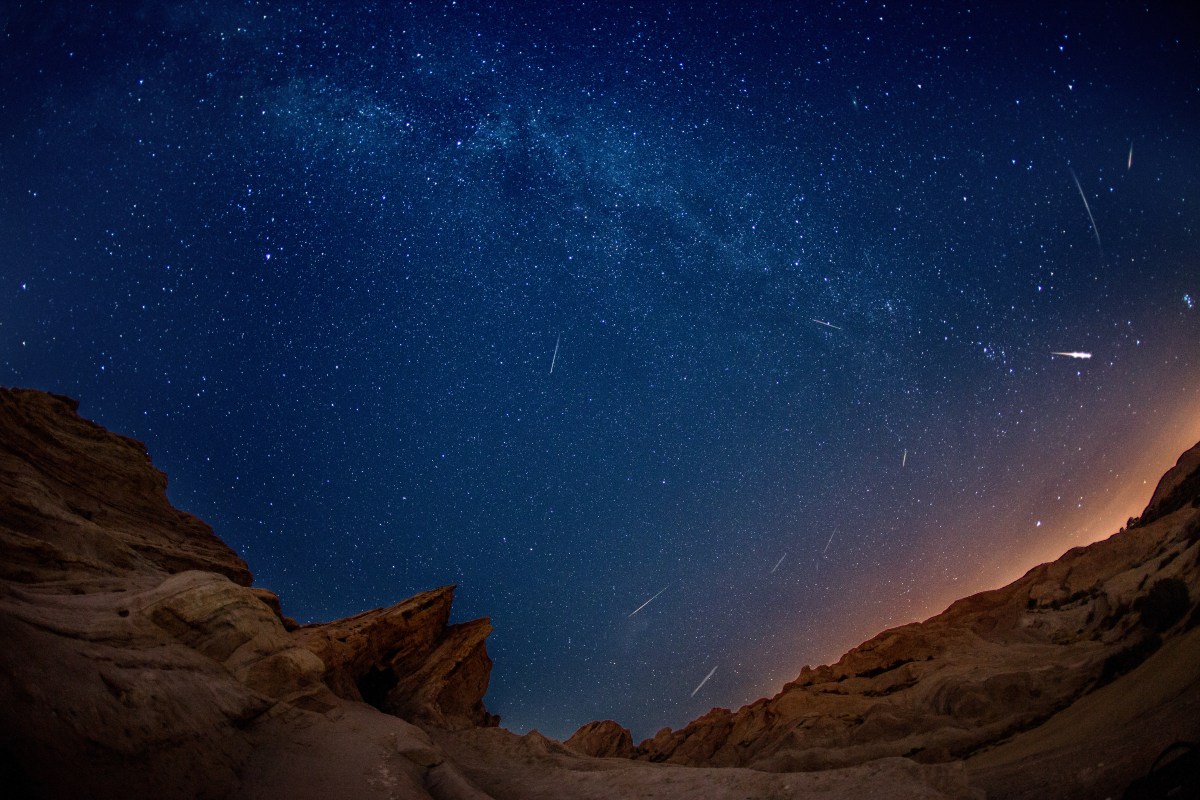 Grab your lawn chairs and a blanket or two to cuddle up with. The Geminid meteor shower is on the horizon and we have the best times to see this major meteor shower light up the night sky.

The shower, which will peak in the mornings of December 13 and 14, 2018, is set to be one of the most reliable annual showers to watch, with an average of 50 shooting stars an hour. The shower itself is pretty easy to spot, even in cases of high light pollution, however, you’ll get the real show if you drive a little bit out of the city.

"After way too much time scrubbing the internet to find the location of this not-so-obvious arch in Joshua Tree, I finally located the coordinates of this beauty and just in time for the #GeminidMeteorShower peak last night! While not as difficult as my research, I was able to convince a couple of my friends to tag along and enjoy a long, frigid night under the #stars and we could not have encountered better conditions for deep sky stargazing! Over 1000 exposures and very little sleep I was able to drive home one happy camper! See you next year, Geminids!" #MyCanonStory Photo Credit: @stevenjmagner Camera: #Canon EOS 6D

The Geminids happen every single year when the Earth passes the orbital path of asteroid 3200 Phaethon. The show itself is about 200 years old, with the first recorded instance of the viewing back in 1833 on a riverboat in the Mississippi River. This year’s Geminids meteor shower is sure to be a great show since the moon will be a thin crescent moon. You can see the bright stars in both the Southern hemisphere and the Northern hemisphere by laying on your back and looking straight up. Be sure to give your eyes at least 20 minutes to fully adapt to the dark sky.

Your best chance of catching the best meteor shower is looking up around 2 am no matter your time zone. This is the time of the evening (or early morning) that the shower’s radiant point is the highest in the sky. It’s also the point of the night when the constellation Gemini the Twins will be at its peak.

So grab a few sleeping bags (and perhaps a bottle of whiskey) and hop into the back of your truck a few miles away from the city. You can thank us later for the spectacular show.

Watch: What Was the Biggest Catch from Mike Iaconelli’s “Fish My City?”