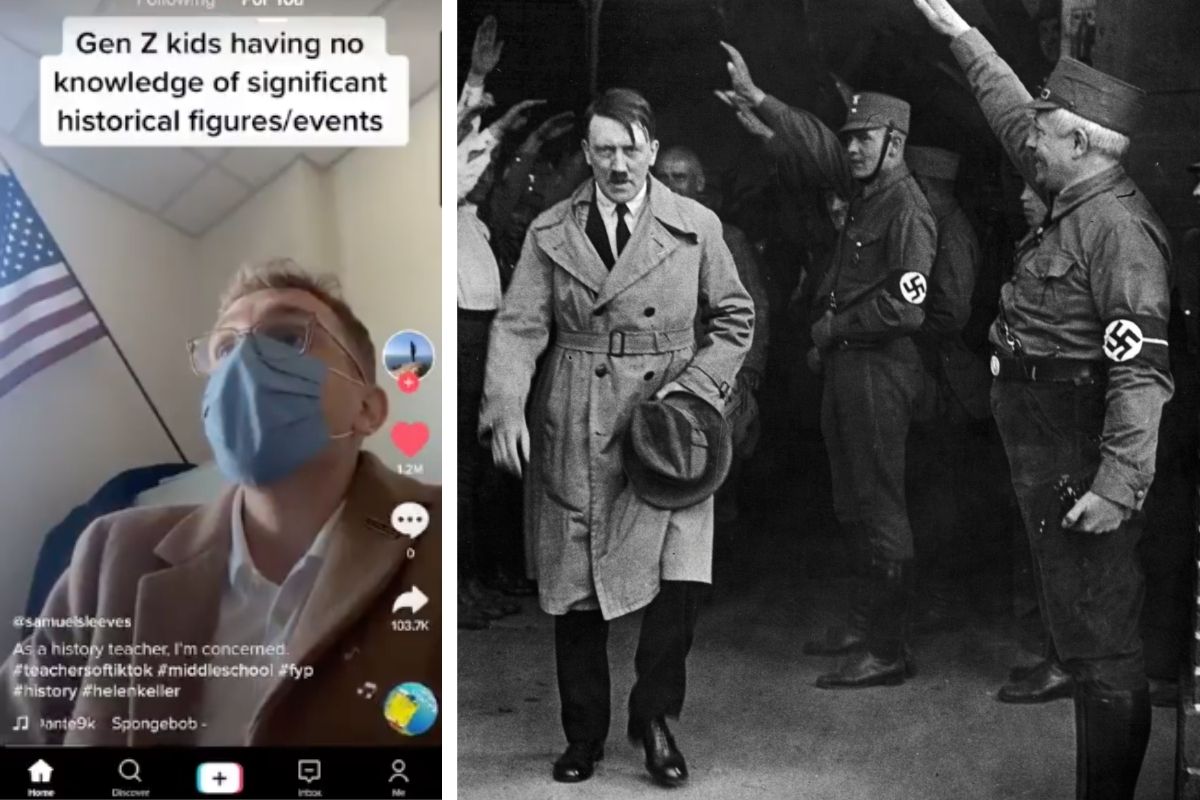 Oh, Generation Z. I’m so glad that I’m a millennial, partially for these reasons. Maybe baby boomers and Generation X people like to criticize millennials, but at least I’m not Gen Z. No offense, but I’m proud to say that at least most of my generation understands who Hitler is and what the Holocaust was. Unlike these Gen Z students, who appalled their teacher after confusing the Nazi dictator with world-famous activist Helen Keller. I know, major cringe.

History teacher Samuel Sleeves took a TikTok video of him discussing major historical events, such as World War II, and his students had everything mixed up. They not only thought that “Helen Keller is the Nazi guy,” but they also mentioned how Helen Keller was “fake.” These Gen Zers also thought Pearl Harbor was a bridge and that D-Day was the name of a rapper. To say that Sleeves was appalled would be a gross understatement.

Many people online were also wondering why “Helen Keller” was a trending hashtag on Twitter, only to be even more confused that her name was getting associated with a Nazi terrorist. And if you’ve been able to keep up with the stupid social media trends that these TikTokers come up with nowadays, then you might recall when Gen Z kids inked themselves with a tattoo idea trend that really defined their generation in the worst way.

That moment when you’re disabled and you see that disabled icon Helen Keller is trending+get excited because lots of people don’t talk about disabled issues-but then the tweets are mocking her disability+discrediting her accomplishments and you feel like society’s punchline again pic.twitter.com/8ojAySz20P

After seeing why Helen Keller is trending right now, I don't ever want to hear one snark out of Gen Z about side parts or skinny jeans every again.

According to The Sun, a TikTok user that goes by @smoothavacado told all her followers that Gen Zers should get a matching tattoo. However, when she posted what it should look like, she didn’t realize its horrible historic meaning. Also, her profile is not private, as I’m sure she was embarrassed.

The tattoo was the letter “Z” with a line going through it, which mimicked the likeness of the wolfsangel symbol that represents the Nazi party and other White supremacist groups. She had said in the original video, ?What if, now hear me out ? we all got a matching tattoo, not only a symbol of unity in our generation but also as a sign of rebellion,? but then posted a second video, saying, ?Yeah maybe don?t ? let?s find a different symbol.? I wonder if these kids even know what the swastika, another Nazi symbol, stands for?!

I mean, is lockdown a big part as to why these kids don’t know of these major historical events? Again, I’ve never been more proud to be a millennial. You would never catch me dead with some “Gen Z tattoo.”