George Clooney isn’t letting up in his criticism of President Donald Trump. Over the weekend, he again criticized America’s 45th president, this time calling him out for being the same kind of “Hollywood elitist” that his supporters so harshly criticize.

During an interview with French news network Canal+, the actor and director said that Trump and his supporters had no right to slam Meryl Streep for her Golden Globe comments because the president is a member of the same Hollywood elite, saying, “There’s a really interesting argument, this is the part that makes you a little crazy,”

“When Meryl spoke, everyone on that one side was, ‘Well that’s elitist Hollywood speaking.’ Donald Trump has 22 acting credits in television,” he continued. “He collects $120,000 a year in his Screen Actors Guild pension fund. Uhh?! He is a Hollywood elitist.”

During Trump’s presidential campaign, his financial disclosure revealed that he received a $110,228 pension from the Screen Actors Guild — not quite $120,000 but close.

Clooney didn’t just go after Trump, though. He also went after Trump’s adviser, Steve Bannon, saying that he is “a failed film writer and director. That’s the truth, that’s what he’s done. He wrote a Shakespearean rap musical about the L.A. riots that he couldn’t get made. He made a lot of money off of ‘Seinfeld.’ He’s elitist Hollywood. I mean, that’s the reality.”

Referring back to Meryl Streep, Clooney said that she had “every right to speak up. She was an American citizen long before she was an icon.”

Clooney is also imploring the press to “hold [Trump’s] feet to the fire.”

“We have a demagogue in the White House. We need the fourth estate, which is journalists. […] They didn’t do a very good job during the campaign. And they haven’t done a particularly good job yet. But those things will change,” the Oscar winner said.

The “Hail, Caesar!” actor, who campaigned for Hillary Clinton during last year’s election season, is still unhappy that Trump is in the White House but said, “We’ll fix it. We have to.” 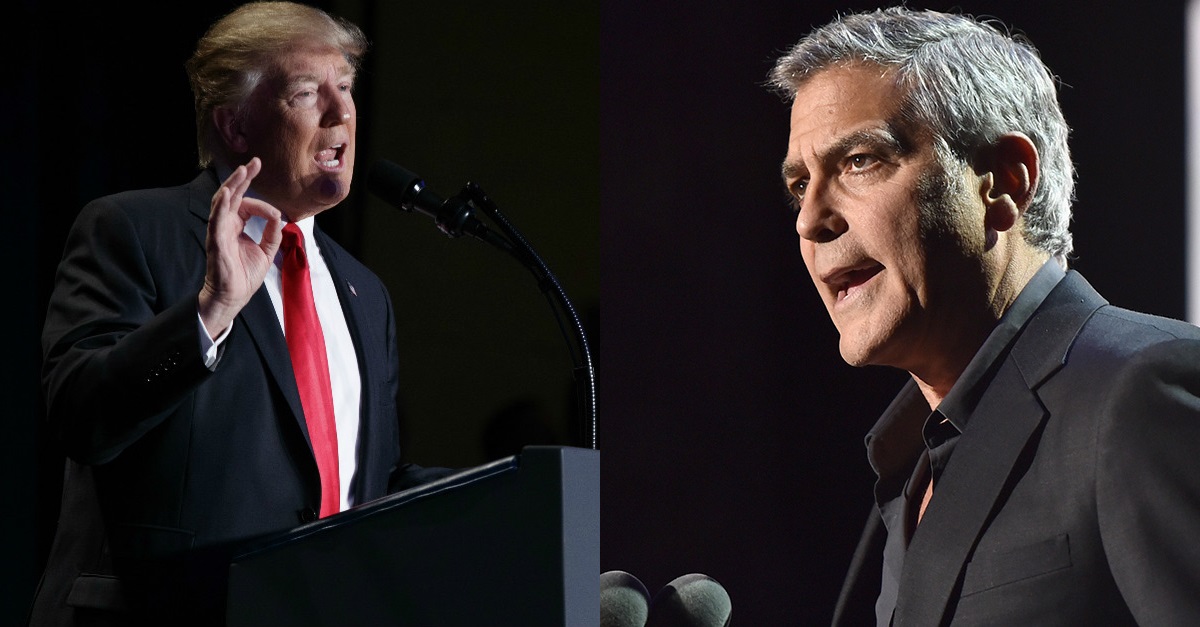