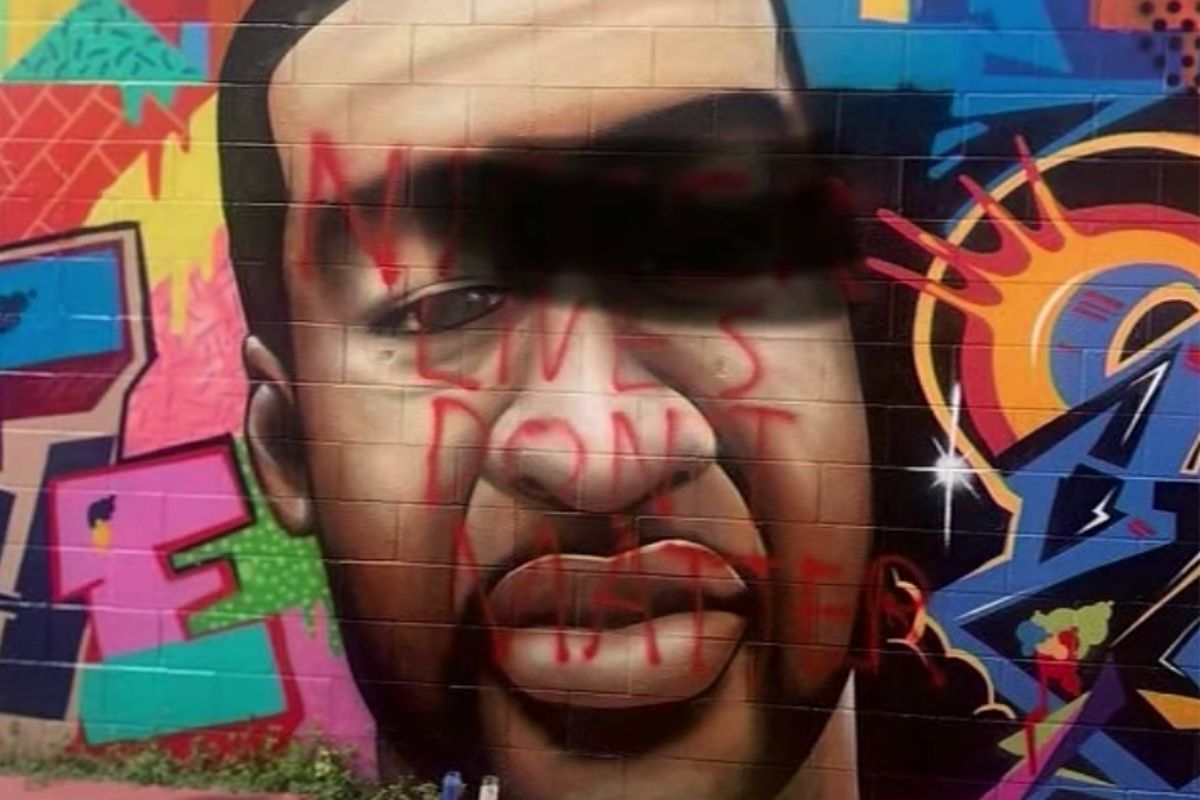 A mural of George Floyd located in Houston, Texas was vandalized, according to Police Chief Troy Finner. Finner stated the vandalism was carried out overnight by a “knucklehead who doesn’t know what their motivation is, hate, or whatever.” According to CNN affiliate KTRK, the mural in Floyd’s hometown with his face was vandalized with a racial slur but has now been covered by the artist who initially created it.

Floyd died after Former Minneapolis police officer Derek Chauvin kneeled on his neck for more than 9 minutes last year. The former police officer was found guilty of all three charges against him in one of the most-watched trials of the Black Lives Matter. He is said to be sentenced in June.

In reference to Chauvin’s verdict, Chief Finner stated that some people were upset and others pleased, but he is encouraging the community to stick together and keep the city at peace. He noted, “But one thing I want to say about Houston, Texas. We stick together. My friends, some of the people and things that I’ve been talking about over the last couple of weeks, us sticking together, and when you see something, you say something. We got the call and HPD are here. I want everybody to understand, ignore people with bad hearts and bad motivation, do not give them the power,”

He also warned the vandals that they will be held accountable by Houston Police if they keep doing these sorts of things. President Joe Biden called a guilty verdict in the trial an indictment on unjust policing. He stated “we can’t stop here. in order to deliver real change and reform, we can and we must do more to reduce the likelihood that tragedies like this will ever happen or occur again.”

Chauvin was found guilty of second-degree unintentional murder, guilty of third-degree murder, and guilty of second-degree manslaughter. Prosecutor Steve Schleicher argued during the trial that Floyd’s cause of death last May was a direct result of Chauvin’s actions due to his weight on Floyd’s neck. Medical experts stated that he died of low oxygen levels that caused a brain injury and arrhythmia causing his heart to ultimately stop.

Watch: Derek Chauvin Found Guilty on All Charges in Killing of George Floyd