On Thursday night, former presidents George W. Bush and Bill Clinton sat down together at a forum in Dallas to discuss a number of topics, but the name of current President Donald Trump didn’t appear once in their hour-long discussion.

The forum was in honor of the graduating class of the Presidential Leadership Scholars program at the George W. Bush Presidential Library, Reuters reports.

The two men have enjoyed a close friendship in the past few years, appearing at a number of events together, and in Dallas, they discussed the struggles of the presidency. Bush noted that it’s important for a president to be humble, saying, “The presidency is often defined by the unexpected. It makes the job interesting.”

While there were no direct references to the current White House, there were a number of comments that certainly apply to this administration. According to Reuters, at one point in their conversation, Clinton stated, “If you don’t deal with the incoming fire, it will undermine your ability to do anything else. If all you deal with is incoming fire, you can’t keep the promises you made when you were running.”

Their conversation, which was moderated by billionaire David Rubenstein, also delved into immigration. Clinton joked, “I told George once a year or so ago, I said, ‘I hope you’re not the last Republican president who’s not afraid of immigrants.'”

According to CNN, they also spoke about their relationship, explaining that though they used to fight like politicians, they’ve been able to build a strong friendship. Clinton said that he thought working with George H.W. Bush was “one of the great gifts” of his life. Bush praised Clinton’s humility saying, “[Bill] refused to lord his victory over Dad…he was humble in victory.” 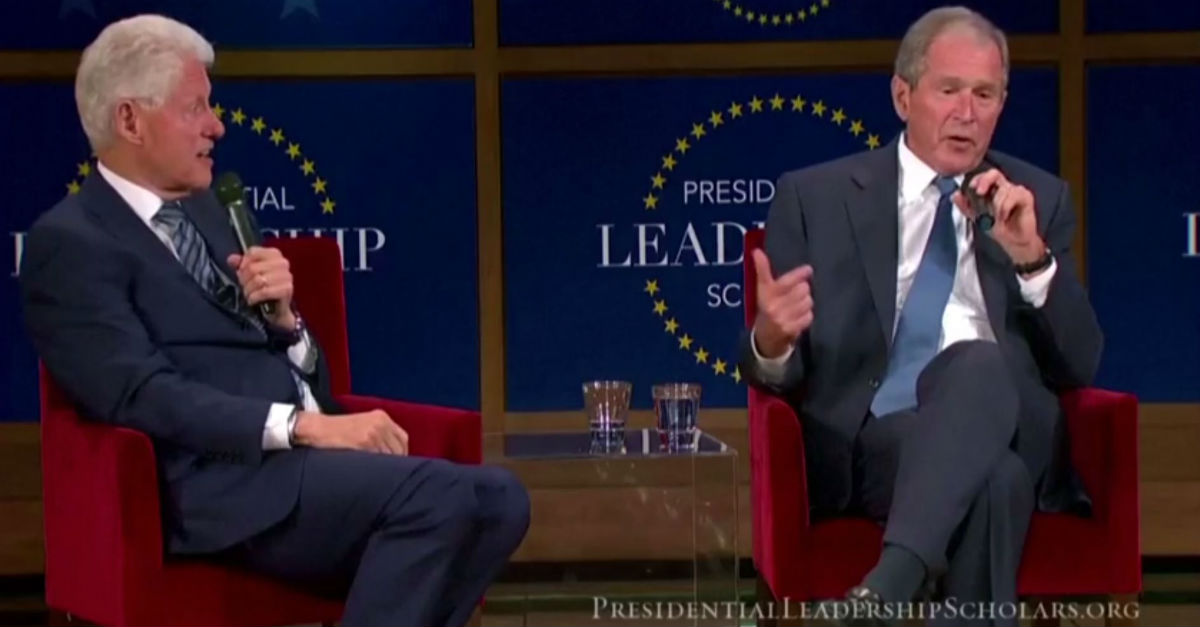