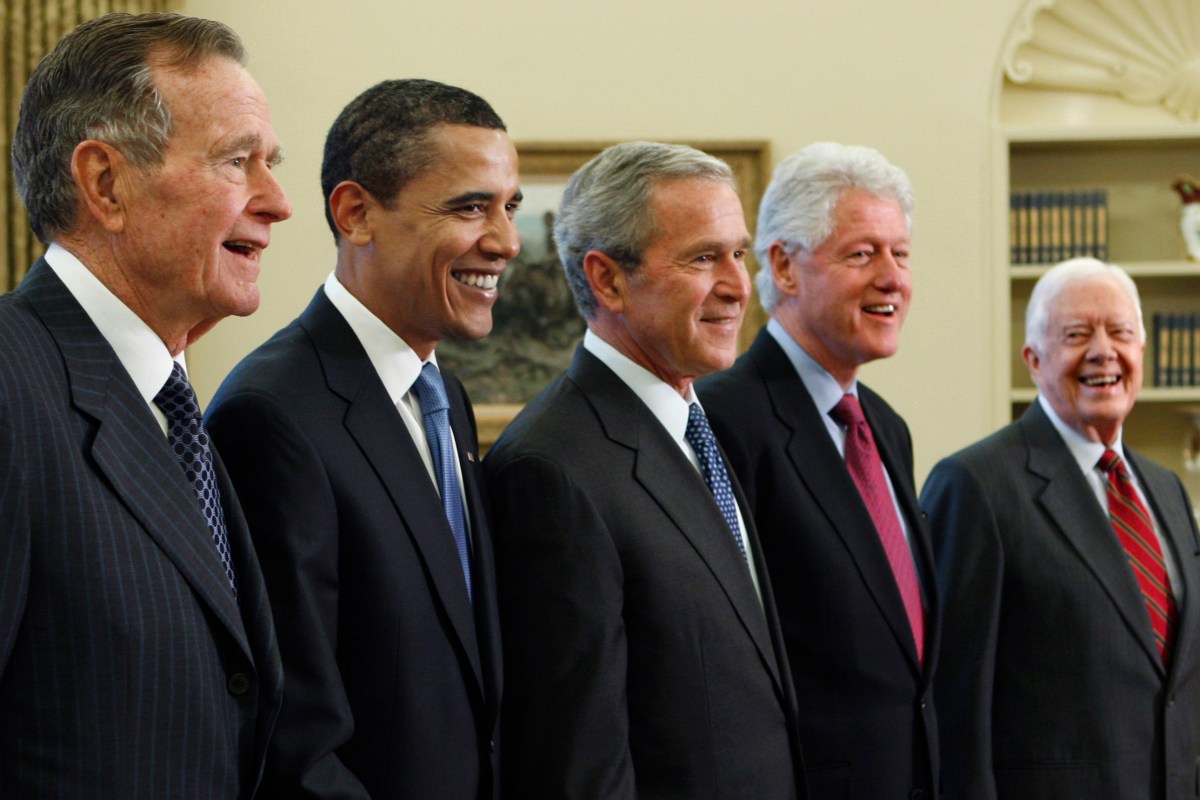 Former President George W. Bush has been making the rounds to promote his new book, “Portraits of Courage: A Commander in Chief’s Tribute to America’s Warriors.” On Thursday, he joined “Jimmy Kimmel Live!”

Kimmel hoped to get Bush started on topics such as the Correspondents’ Dinner, which Trump announced he won’t attend, or whether Bush is jealous of the size of Trump’s inauguration crowd, or how presidents should spend their downtime. Kimmel suggested watching TV probably isn’t the way to go. Bush, an avid biker, suggested exercise.

The 43rd president could always laugh at himself, something Trump is not exactly good at doing. Trump is hardly amused by Alec Baldwin’s portrayal of him on “Saturday Night Live,” and often tweets his displeasure.

Bush, however, told Kimmel that he never felt that way about Will Ferrell, who played him on “SNL” and even made a one-act play out of his dead-ringer impersonation. Bush told Kimmel a funny story:

Kimmel asked Bush if impersonations on ‘SNL’ ever bothered him. Bush said, “No, not at all, I love humor, and the best humor is when you make fun of yourself.”

“Tell that to the president,” Kimmel replied.

Kimmel also asked Bush about his parents, former President George H.W. Bush and Barbara, who were recently hospitalized but recovered in time to attend the Super Bowl in Houston and participate in the coin flip.

“When he came out to flip the coin at the Super Bowl, it was a very joyful moment,” Bush said of his father.

All proceeds from the book will go to the George W. Bush Presidential Center, a non-profit organization that helps post-9/11 veterans transition to civilian life.

This story was originally published March 3, 2017.