Woman Arrested For Smuggling $40,000 Worth of Cocaine in Her Shoes at Atlanta Airport 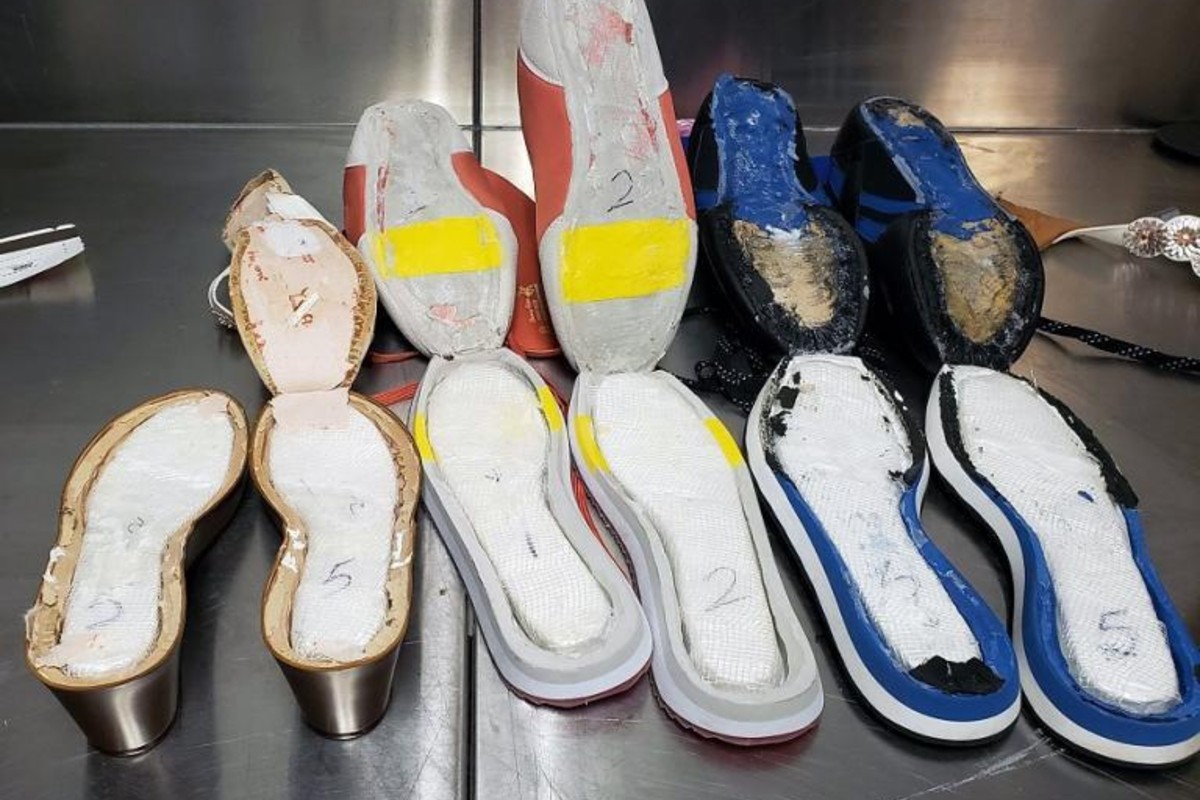 At the Hartsfield-Jackson Atlanta International Airport, a 21-year-old Georgia woman tried to pass through customs with seven pairs of shoes that were made not just for walking, but for smuggling cocaine.

Agents Discover $40,000 Worth of Cocaine in Woman’s Shoes

Shoes are made for walking not smuggling #cocaine. “Smugglers go through great lengths to conceal drugs from our officers,” said @CBP Port Director at @ATLairport https://t.co/gkA2UnUnaW pic.twitter.com/8JscBTKWCH

According to a news release from U.S. Customs and Border Protection (CBP), the woman — who has since been identified as Amber Knight — arrived at the Atlanta airport on a flight from Jamaica on Sunday. The woman had been flagged by customs officials as suspicious and was pulled aside for further inspection.

After examination of her bags, the agents discovered seven pairs of shoes with cocaine hidden in their bottoms. After tearing apart the sneakers, sandals, and wedges, the officers discovered a package of a white powdery substance wedged into each sole, reports CNN.

A substance field test confirmed the powder to be cocaine. In total, agents found three pounds of cocaine, which they estimate has a street value of $40,000. The woman turned over to the Clayton County Police Department for prosecution, and now faces the criminal charge of trafficking cocaine.

“Criminal charges are merely allegations,” the release notes. “Defendants are presumed innocent until proven guilty in a court of law.”

Knight wasn’t the first person to try to smuggle drugs across international borders using their shoes — in fact, it seems to be a common strategy. Last year, a man was arrested at the Orlando airport for trying to smuggle cocaine inside his shoes on a flight from Jamaica. In 2017, a man tried to smuggle cocaine in his shoes through John F. Kennedy Airport after arriving on a flight from Georgetown, Guyana via Port of Spain, Trinidad and Tobago. And in 2014, another woman flying in from Jamaica was arrested at New York’s Kennedy Airport… and the list goes on.

On a typical day, customs officials seize more than 3,600 pounds of drugs, according to U.S. Customs and Border Protection.