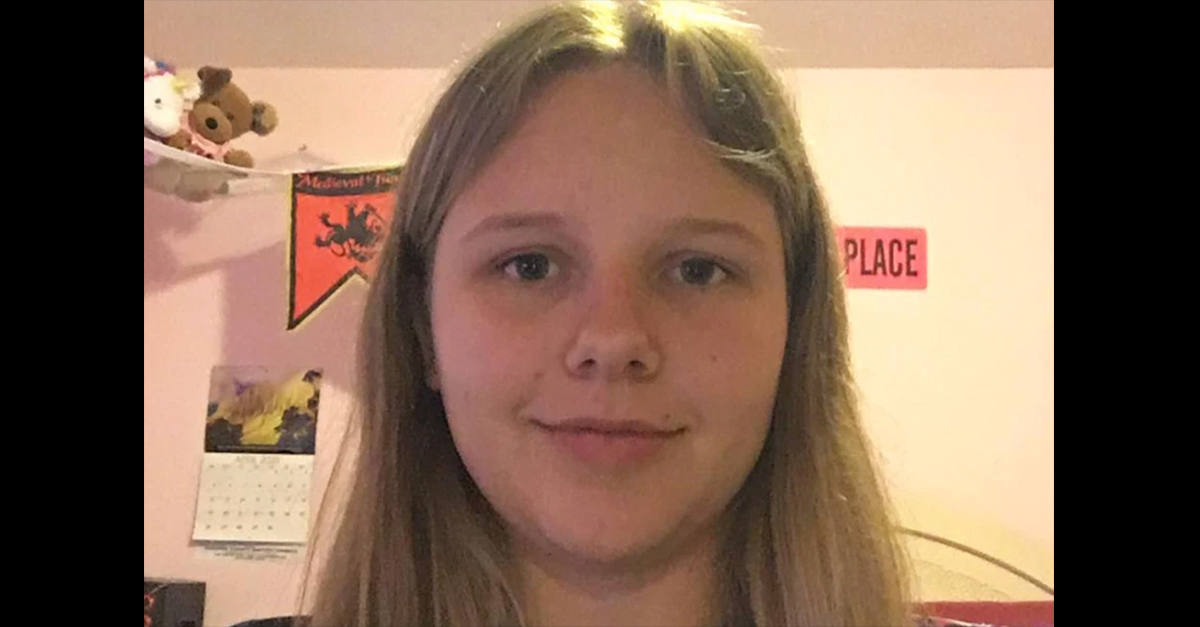 A teenaged Georgia girl is in the hospital with serious and likely permanent injuries after being viciously mauled by a pair of loose pit bulls while taking a walk through her neighborhood in broad daylight.

Joslyn Stinchcomb, a 15-year-old soon to be sophomore in high school, was walking in her Winder, Georgia neighborhood when the dogs started to chase her and she took off running. A Barrow County sheriff’s deputy found her a short time later laying face down on the ground. The dogs were on top her Stinchcomb, with one of the animals biting at her neck while the other one chewed on her head.

The deputy shot and wounded one of the dogs when it approached him, causing both animals ran off. The pit bulls were later tracked down to their owner’s house and euthanized.

Stinchcomb’s ear and scalp were ripped off by the dogs during the attack and she was initially put on a ventilator because of how badly her trachea was damaged by the dogs. Doctors were able to reattach Stinchcomb’s ear though her family is unsure if she will ever be able to grow hair again on the parts of her head the dogs mauled. They also say her smile and other facial expressions may never be the same again either. The teenager remains in intensive care.

The dogs’ owner, 29-year-old Alexandria Torregrossa, was arrested and charged with reckless conduct for her pit bulls’ brutal attack.

Stinchcomb, who plays the flute in her high school marching band, has another surgery still schedule to repair nerve damage on the left side of her face.

The family has asked that anyone who can spare some extra cash to help with Joslyn’s extensive medical expenses please donate to their Paypal page.

From the family’s Paypal page:

Joslyn was walking in her neighborhood, like she does every day, on Friday July 31st when she was attacked by multiple pit bulls. The family is overwhelmed by the prayers and support we have gotten. Many have asked for a place to donate to help with expenses for Joslyn, and this is it! We are forever grateful.