Georgia Inmates Save Deputy Who Was Having a Heart Attack 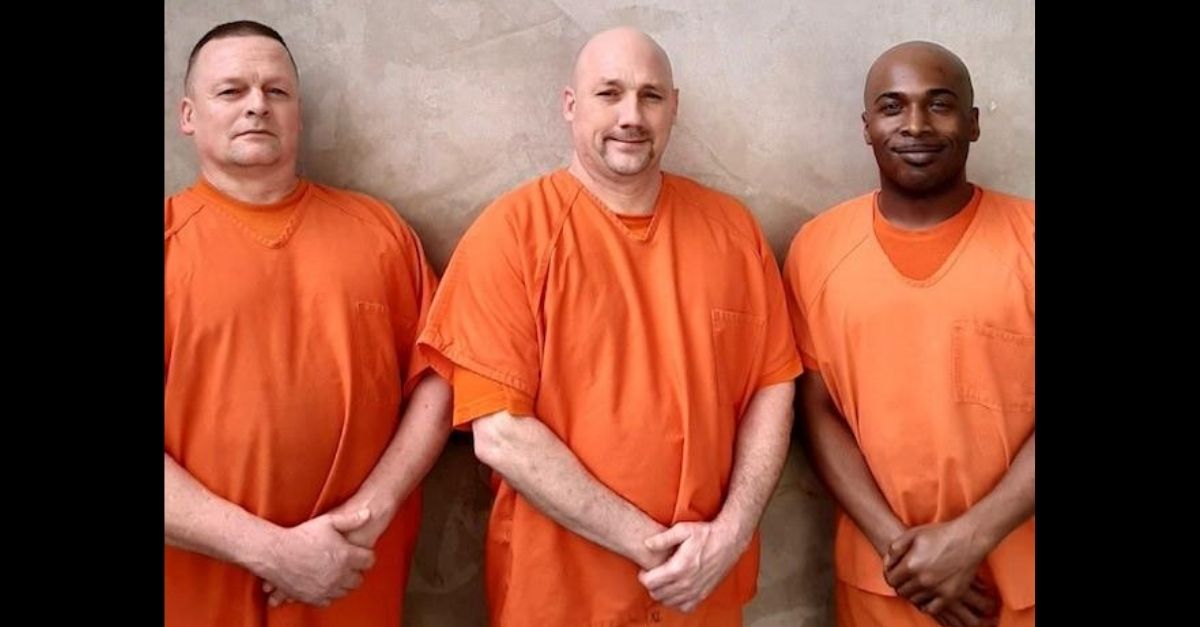 Deputy Warren Hobbs owes his life to a group of inmates that he was guarding at the Gwinnett County Jail in Lawrenceville, Georgia. In what could’ve been a disaster for the Gwinnett County Sheriff’s Office, Mitchell Smalls, Walter Whitehead, and Terry Lovelace did the right thing, despite the opportunity that lay in front of them.

On Tuesday, the three inmates saw Deputy Warren Hobbs acting differently, then suddenly collapsing from a heart attack and cracking his head on the concrete floor. Mitchell Smalls explained the medical emergency to Fox News, “Kinda was like laying back in his chair and just started [making noises],” and that’s when he fell down and started bleeding out of his head.

The inmates then started causing a ruckus, making as much noise as they could since they were locked inside their holding cells, “I started hollering and screaming and banging on the door to try to alert everybody to wake up,” getting all 60 inmates in the jail to follow suit. The surveillance video shows “the windows shaking from the heavy poundings on the doors,” since the entire unit helped in making loud noise to wake the deputy up.

Terry Lovelace explained that he saw that the noise woke Deputy Hobbs up just enough to get up and press the control panel to open cell doors, saying, “He grabbed a hold of his desk and he was pulling himself up like this. It was sad because it didn?t look good at all but the man had fight in him to get up. As he came up I can make eye contact with him I?m like Deputy Hobbs, Deputy Hobbs, please.”

Deputy Hobbs opened the cell doors for Terry Lovelace’s and Walter Whitehead’s cells, in which they ran out. But instead of trying to escape, they ran to the deputy’s side with Lovelace using the deputy’s radio to call for help while Whitehead found the deputy desk phone. Help arrived only seconds later to take over, saving the deputy’s life.

The Georgia inmates explained that this act of kindness wasn’t about the technicalities of an “inmates saving a prison guard’s life.” They emphasized the fact that it went beyond the uniform, just people helping another person in trouble. Whitehead said, “It scared me. I don’t care if it’s a police officer or whoever it was. I will do whatever I can to save a man. I don’t want anyone to die.”

The relationship between the inmates and the sheriff’s deputy “looks beyond what uniform they’re wearing and relied on mutual respect,” resulting in Deputy Hobbs’ thankfulness for the inmates’ thinking. He’s now safely at home, still under medical care, but doing better than before.

The sheriff’s office commented on the incident in a Facebook post, “These inmates came to his aid because our deputy, like most law enforcement officers, treats people with the dignity they deserve. These inmates had no obligation whatsoever to render aid to a bleeding, vulnerable deputy, but they didn’t hesitate. Many people have strong opinions about law enforcement officers and criminals, but this incident clearly illustrates the potential goodness found in both.”