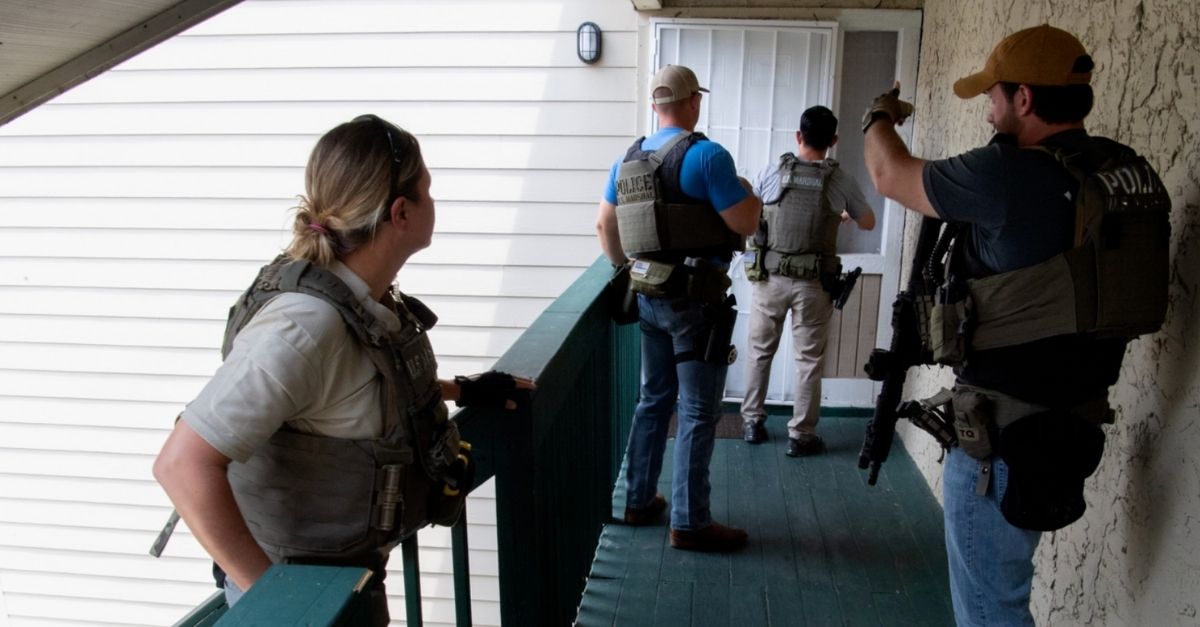 More than three dozen children are now safe after being rescued during a sex trafficking bust that involved state and federal agents. The bust dubbed “Operation Not Forgotten” span in 20 counties around Metro Atlanta. The National Center for Missing and Exploited Children, the US Marshals Southeast Regional fugitive task force, and other Georgia state agents and local agencies looked around North and Middle Georgia to find missing and exploited children during the two-week operation. In total, 26 endangered children were recovered and another 13 endangered missing children were found.

US Marshals Service Director Donald Washington stated that the authorities feared the children were all already of potential victims of child sex trafficking. According to authorities, “These missing children were considered to be some of the most at-risk and challenging recovery cases in the area, based on indications of high-risk factors such as victimization of child sex trafficking, child exploitation, sexual abuse, physical abuse, and medical or mental health conditions. Other children were located at the request of law enforcement to ensure their wellbeing.”

I cannot say enough about Operation Not Forgotten and the men and women behind it.

39 – That’s how many young lives are getting a new start, and that’s how we measure success.@GBI_GA / @USMarshalsHQ pic.twitter.com/fqFHCA2JbG

Investigators filed 26 arrest warrants and additional charges for allegations including parental kidnapping, sex trafficking, registered sex offender violation, custodial interference, and drugs, weapons violation, and weapons possession. The operation spanned across 20 Georgia counties. Several sources say that the children were found in Fulton, Clayton, Gwinnett, and Forsyth counting. A total of nine suspects were arrested. The suspects are now behind bars and state prosecutors are handling the cases and medical and social workers are focusing on helping the kids who are in a safe location.

Georgia Attorney General Chris Carr state authorities will measure their success on how many lives that they saved and “that will have a new and fresh start.” Authorities did state that other major cities across the United States have similar operations currently underway but most of them have yet to be completed. Through a statement on Twitter, Georgia Governor Brian Kemp thanked law enforcement officers for their work. He tweeted, [email protected] and I applaud the work of law enforcement in “Operation Not Forgotten.” We’ll continue to work around the clock to bring an end to human trafficking and ensure the perpetrators of this evil industry know they have no place in our state.”

.@GAFirstLady and I applaud the work of law enforcement in “Operation Not Forgotten.” We’ll continue to work around the clock to bring an end to human trafficking and ensure the perpetrators of this evil industry know they have no place in our state. https://t.co/z0pSopVRww

In 2019, USMS helped locate a total of 295 missing children after requesters for assistance from several law enforcement agencies and helped recover 75 percent of cases received. Of the missing children recovered, 66 percent were recovered within seven days of USMS helping with the case.