No Jail Time For Georgia Teenager Who Killed 3 Pedestrians, Including 3-Month-Old Baby 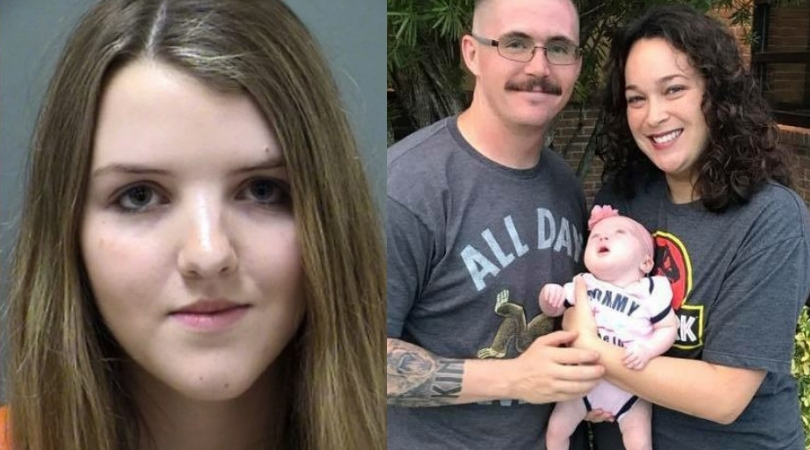 A Georgia teen driver who pleaded guilty in the 2017 deaths of three pedestrians has been given a second opportunity. Then 17-year-old, now 19, Zoe Reardon was placed on probation for three years and ordered to complete 240 hours of community service after the crash in Woodstock, northwest of Atlanta.

Reardon had pleaded guilty to misdemeanor charges that included vehicular homicide. The teen was only charged after the deceased loved ones had brought a civil lawsuit against authorities in the City of Woodstock over the lack of pedestrian crossing and several safety measures at the location where three were struck by Reardon’s Jeep in September 2017.

Cherokee County State Court Judge Alan Jordan granted the teen first offender status, saying she had a lifetime ahead of her, adding, “I expect this is something you’re going to have a hard time dealing with the rest of your life.”

#Breaking: Judge accepts plea for 18
Yo Zoe Reardon, who’s charged with hitting, killing 3 pedestrians , including 3 month old girl. She’ll serve 36 months probation instead of what could have been a max of 36
months behind bars. We’ll have latest on #Channel2at4 @wsbtv pic.twitter.com/TopQV8aEzi

The victims were 61-year-old Kathy Deming, 28-year-old Kaitlin Hunt, and daughter 3-month-old Riley Hunt of Port St. Lucie. The trio was crossing the street when they were stuck in Cherokee County. The infant died the night of the collision and her mother was taken off life support a few days later. Surgeons were able to save her organs, and donate them to other patients in need. Deming died 10 days later.

Reardon did offer a sincere apology to their loved once in court, saying she wished there was more she could have done to make it better for them and was ashamed she couldn’t contact them immediately after that accident. This after family members expressed anger towards Reardon for not having personally contact them for an apology, but at the time lawyers said she was unable to do so for legal reasons.

Investigators at the time of the accident determined she was not under the influence of drugs or alcohol and was not speeding. Her defense argued that it was not a distracted driving case either, rather it was late at night and Reardon couldn’t see them crossing the road since they were wearing dark clothes.

Right now: Impact statements have ended, slideshows of have just started. First up is 3 month old Riley and her mother Kaitlin. They died along with 61 yo Kathy Deming when 17 yo Zoe Reardon hit the group. Reardon was driving keep, group was walking to Woodstock concert @wsbtv 4 pic.twitter.com/ZrxidtCGTM

In addition to the 3-year-probation, Reardon was ordered to take a driver safety course and must pay $4,000 in fines that she and reduce if she donates to a foundation that works to combat distracted driving. Her license will so be superseded for 12 to 36 months.

The Atlanta teen initially pleaded guilty because she did not want to the family to have to go through a full trial after the accident.