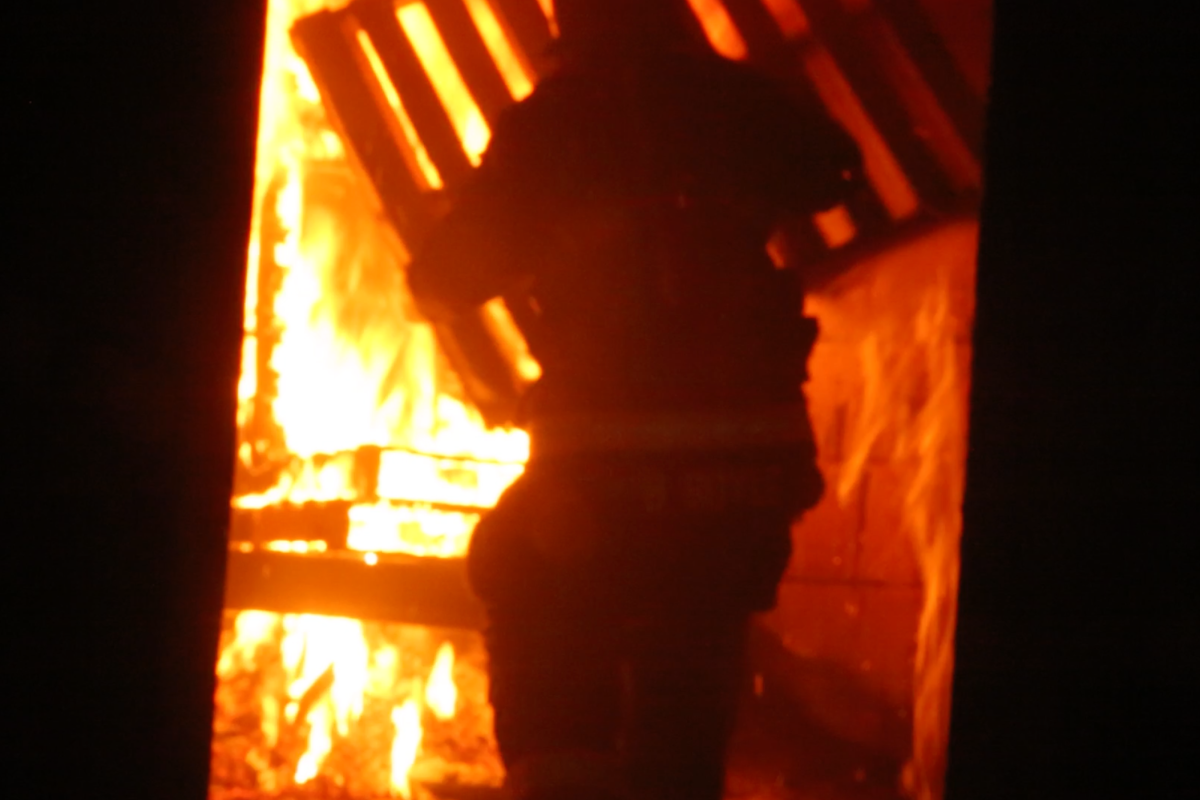 What is the hottest day you remember? For a long time, in my personal experience, it was a balmy 118 degrees on a fine August day in Dallas, Texas. I thought that was pretty hot, until we decided to link up with the Georgia Public Safety Training Center (GPSTC) to take a look into the training that firefighters go through. We knew it’d be tough; firefighters experience it all. We had no idea how tough it would be.

Firefighters have many different tests and facets of their training. The one I was most fascinated by, perhaps, was the Live Fire Exercise, a training activity that take the trainees, puts them in a smokey house and has them fight a live fire so that their instructors may critique and help them become stronger for an actual in-the-field fire.

Standing on the outside and watching a team of firemen brazenly storm into a building billowing smoke is harrowing. Although the simulation provides a little more visibility than an actual fire might, the rooms are dark and filled with a strong black and grey layer of smoke. If you’re lucky enough to be in a room with windows, any light that may be coming in is distorted and blurred by the thick plumes of smoke. That small solace is quickly removed when these modern warriors do this exercise at night.

We quickly realized that one of the most important skills in a firefighter’s arsenal is communication. As we walked into the smoke and blackness, the rooms were filled not only with smoke and ash but with the shouts of men directing each other where to go and dragging a large hose meant to transport water from a source to the nozzle at an overwhelming speed. I’m going to put that into perspective for a second. A typical 100-foot, 5-inch diameter fire hose is around 110 pounds without water running through it. Water weighs roughly 8.3 pounds per gallon. That’s over 940 pounds per 100 ft of hose. If you’ve ever wondered why firemen are strong, there’s your answer.

Each member of the team carries their portion of the hose until a corner is rounded, at which time a member must stop at that corner and continue to feed the hose around for the other members to continue. The more corners, the less of the team is there at the end. Then there’s the heat.

Remember that 118 degrees? That was nothing compared to the 900 degrees (and rising) the room became as you got closer. Because heat rises, firefighters have to crawl through the final portion of the fire test, still dragging the hose. Compared to the other elements they had faced reaching the miniaturized inferno, the actual fire was a breeze.

The hose spewed water forth at upwards of 80 mph, zig-zagging across the ceiling first and then down to the base of the flames. White smoke poured forth and filled the room as the water sizzled out the remainder of the blaze.

What we witnessed affirmed everything that we’ve come to know about the heroism, strength and determination that firemen and fire-women go through on a daily basis. In addition, a vast majority of town firefighters are volunteers. Many of the men and women I met were out training at an extra session so that they would be more qualified to help. They were sacrificing time with their families, working 24 hours straight and putting their lives on hold to ensure that they can be there in the event of an accident. Personally, I was taken aback by the training we witnessed and thankful that we have such honorable people out there looking out for us.

So go out and thank a firefighter, donate to your local station, bake some your famous brownies for them or just go down and introduce yourself. It truly is rare to meet such people. I can promise you from firsthand experience: for all the work they do, they are not paid nearly enough.