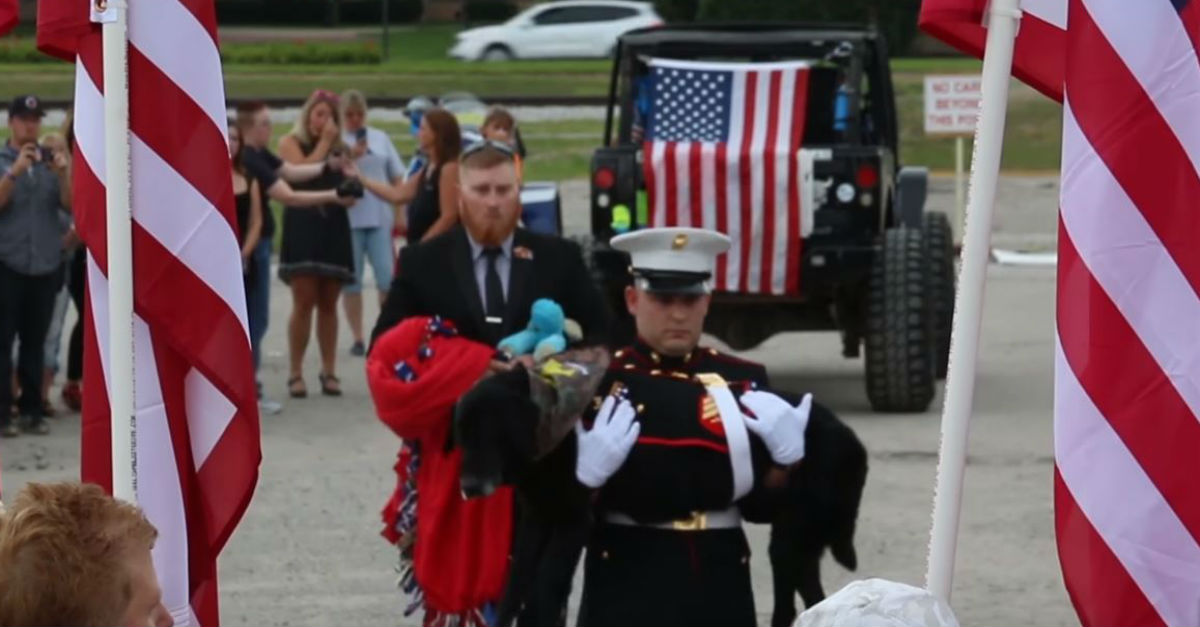 When Cena the military service dog was reunited with his first handler Lance Corporal Jeffrey DeYoung, it was an emotional moment. The two had been separated for over three years without the chance to say goodbye. When Cena returned from Afghanistan, DeYoung took the dog in.

RELATED:A Marine who secretly returned to the Syrian battlefield to fight ISIS has died

On Wednesday, the Marine said goodbye to his friend who was there with him when he lost seven friends in three weeks to enemies in the middle east. A large crowd of people came out to honor the 10-year-old black Labrador as DeYoung took him to be put down, Michigan Live reports. After he passed, DeYoung carried out a coffin draped in an American flag and carrying the body of his companion.

Cena was diagnosed with an aggressive form of bone cancer and DeYoung made the decision to put him down.

RELATED: Everybody is talking about how President Trump reacted twice to a Marine’s hat flying off in the wind

On Tuesday, DeYoung wrote a Facebook post explaining the situation and saying goodbye to his friend. The Marine wrote “[Cena] has blessed my life with love and admiration, happiness and strength. Because of him I got to have a family.”

In a tear-jerking goodbye, he closed with “goodnight my friend, goodbye my brother. May you rest your head tonight knowing how loved you are and how dearly you will be missed.”