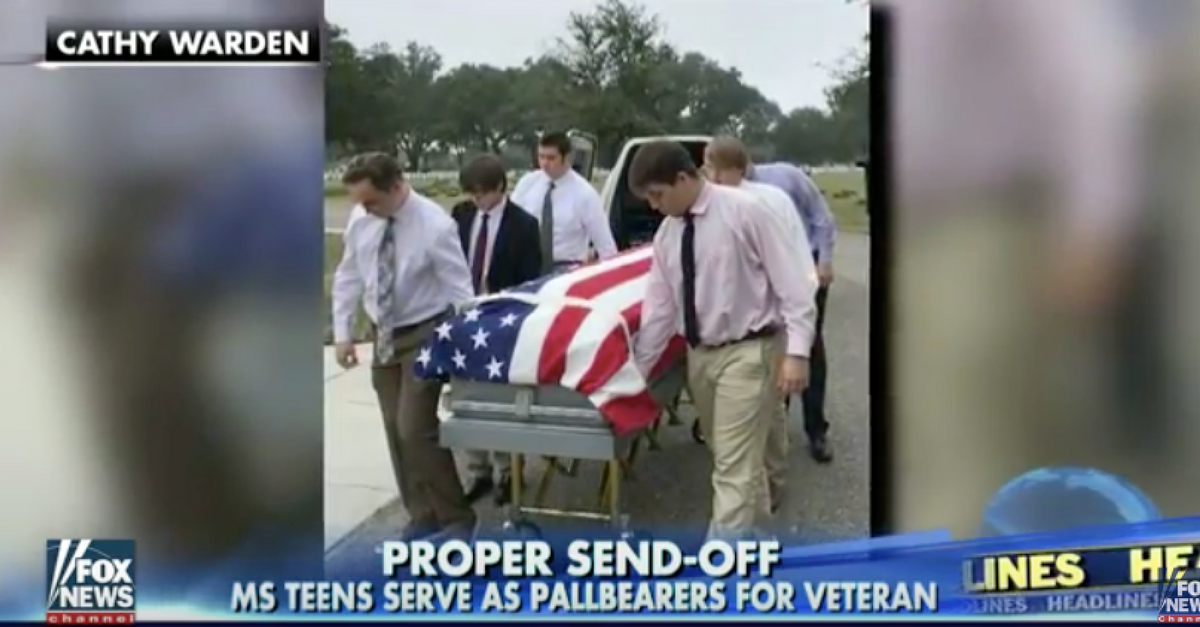 Jerry Wayne Pino passed away last month at the age of 70, but his body remained at the funeral home for weeks because he had no family left to claim it. That’s when a group of teenagers from Mississippi decided to serve as pallbearers at his funeral.

RELATED: Watch Taylor Swift give one veteran and superfan the surprise of his life

Pino was a Navy veteran who served in Vietnam. He pre-arranged his funeral service, but before the boys stepped in, he had no one to act as pallbearers. Cathy Warden, an employee at Riemann Family Funeral Homes, thought it would be a good idea for her son and a few of his friends to fill the role.

“Something had to be done with respect,” Warden said. “We had to give him what he deserved. Nobody should go alone.”

RELATED: After a Purple Heart went missing at an airport, staff came together to track down the hero’s family

They buried Pino on Tuesday at Biloxi National Cemetery, where an honor guard stood at attention.

“It was the right thing to do,” 17-year-old Bailey Griffin said. “He served our country. He fought for our rights. For him to be buried with nobody there was just sad. I told myself I was going to do it and I did it.”

“It doesn’t cost anything to take some time to do something like this,” Warden followed up. “If our young people can figure this out, our country is going in the right direction.”