One Chick-fil-A opened their doors last Sunday, and their reason will make you proud to be an American 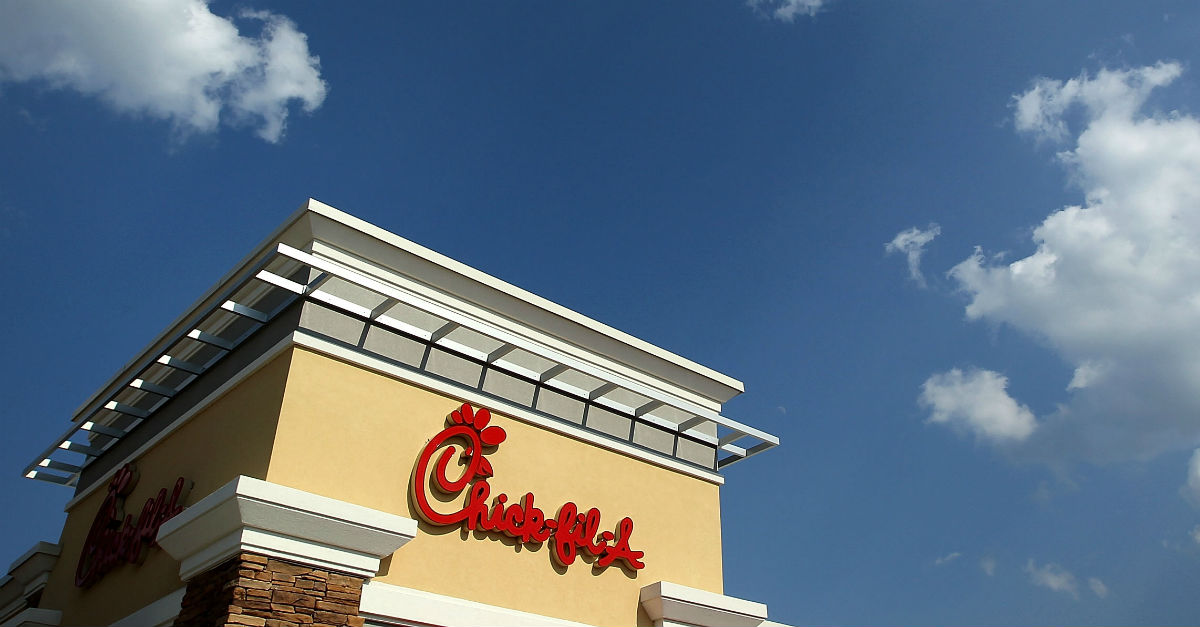 As a Christian-run business, Chick-fil-A keeps a strict policy of closing their stores on Sundays; but over the weekend, one store in Colorado opened their doors for first responders in the wake of a fatal shooting.

The Chick-fil-A in the Park Meadows mall posted a video of their workers to their Facebook page with the caption: “With heavy hearts and lots of community support, three Douglas County, Jefferson County and other county officers are helping with food 400 sandwiches for the first responders. Our prayers are with all that serve and their families.” The clip quickly went viral and has been shared more than 2,500 times since it was posted on Dec. 31.

On Sunday morning, 29-year-old Zackari Parrish of the Douglas County Sheriff’s Office was killed while responding to a domestic violence call at a housing complex. The sheriff’s department called the shooting an “ambush” style attack, and the assailant reportedly fired over 100 rounds before being killed by police. Deputy Parrish was a member of the force for only seven months before giving his life in the line of duty and previously served with another department. He reportedly said that becoming a police officer was “a childhood dream that [he] never thought would become a reality.”

A few hours after the shooting, his body was taken from the hospital in a procession of 60 law enforcement vehicles and a crowd gathered along the road to pay their final respects, the Denver Post reports. In a statement, Castle Rock Police Chief Jack Cauley said, “[Zackari] was an excellent officer, a good friend and a committed husband and father.”

Parrish is survived by a wife and two daughters.

President Trump also tweeted out his thoughts on the shooting:

My deepest condolences to the victims of the terrible shooting in Douglas County @DCSheriff, and their families. We love our police and law enforcement – God Bless them all! #LESM

Chick-fil-A restaurants have been closed on Sundays ever since 1946, when the first location opened in Hapeville, Georgia. On their website, the company writes that founder Truett Cathy “saw the importance of closing on Sundays so that he and his employees could set aside one day to rest and worship if they choose.”

While it goes against their tradition, this isn’t the first time that a Chick-fil-A branch has opened its doors to feed those in need. They also welcomed customers on Dec. 17, when the power went down in the Hartsfield-Jackson Atlanta International Airport, leaving thousands stranded. During that incident, the restaurant released a statement saying that they were answering the mayor’s call for help. They also noted, “[W]hile Chick-fil-A is always closed on Sunday, our restaurants open occasionally to serve communities in need. We do not make a profit, but do what we can to offer comfort to people experiencing hardship.”