You shall not covet anything that belongs to your neighbor, but two American evangelists sure had their eyes on Facebook’s “Pride” reaction that was debuted for the month of June.

Hikmit Hanna created the below image that was then shared by Joshua Feuerstein. It’s simple, and says “Hey Facebook! You added this one. We’re waiting for this one.” The latter line points to a mockup of a crucifix reaction icon.

Facebook debuted the original Pride reaction in early June, saying “We believe in building a platform that supports all communities. So we’re celebrating love and diversity this Pride by giving you a special reaction to use during Pride Month.”

RELATED: After 85 years in business, this Christian retailer is closing all its stores

But a spokesperson for Facebook confirmed via email to the Huffington Post that you’re more likely to walk on water than get a crucifix emoji anytime soon.

“This reaction is not actually available on Facebook, and is not something we’re working on,” they said.

Hanna, the creator of the image, is upfront about his distaste for LGBTQ Americans.

RELATED: Chicago weatherman tells viewer to “shove it” after getting heckled and told he looks like an old man

“I believe that it’s not normal or healthy for a man to penetrate another man’s booty,” he wrote in a post during Pride month. 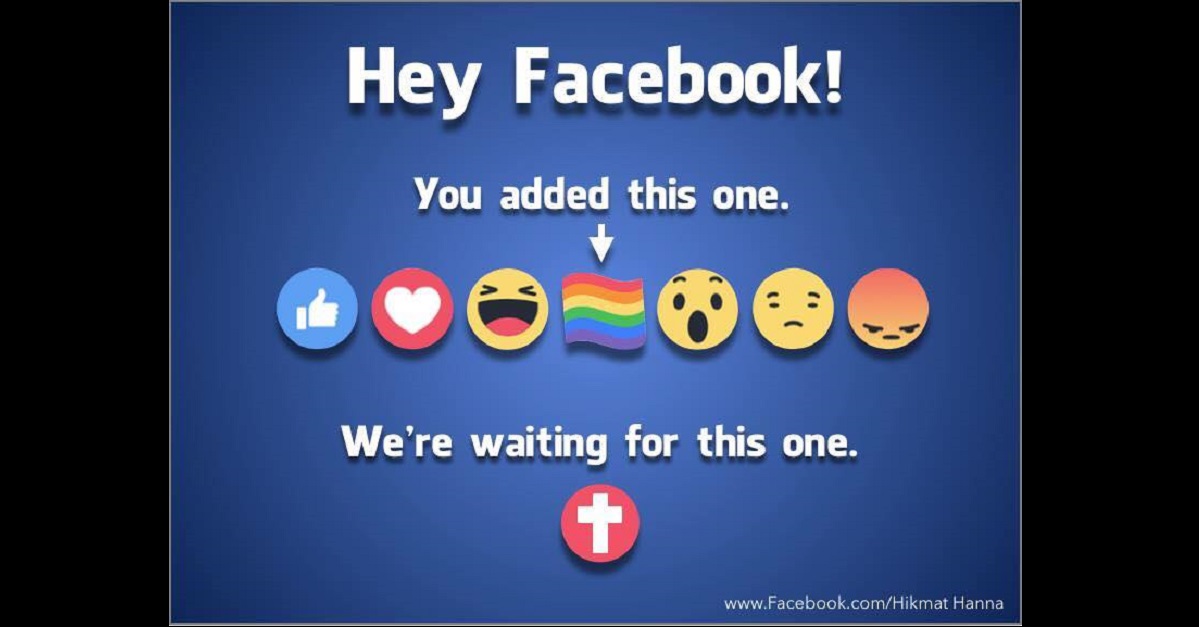