As California firefighters attempted to protect homes in the path of a growing wildfire, they stopped in their battle with the flames to remove and safeguard an American flag that was hanging from one house’s balcony.

“We’re not going to let the symbol of Americans’ freedom perish in the fire,” Russell Fowler, a battalion chief with the California Department of Forestry and Fire Protection, said.

RELATED: A woman celebrated the Fourth of July with an appalling, NSFW video of herself peeing on the American flag

His crew was protecting about 50 homes at the time and was clearing out flammable items that could add fuel to the fire. The flag, which was only about four feet by six feet, was one of those items. As propane tanks exploded and power lines fell down around them, the firefighters quickly grabbed the flag.

“They turned around and saw the flag there and it was pretty high up,” Josh Edelson, a photographer who snapped a picture of the patriotic act, said. “They discussed it for a split second, make a snap decision to take it down.”

RELATED: He was caught on camera burning the American flag, and now, he has surrendered to police

After removing the flag, they rolled it up safely and stored it somewhere else on the property out of harm’s way. According to Edelson, it’s the most popular photograph he’s taken in his ten years in the field.

“I think it’s because our country is really, kind of, sort of in a rut. We’ve been going through a lot with everything happening politically, we’ve really sorely needed a positive hero moment to boost our morale,” Edelson said. “I think this is sort of representing that.” 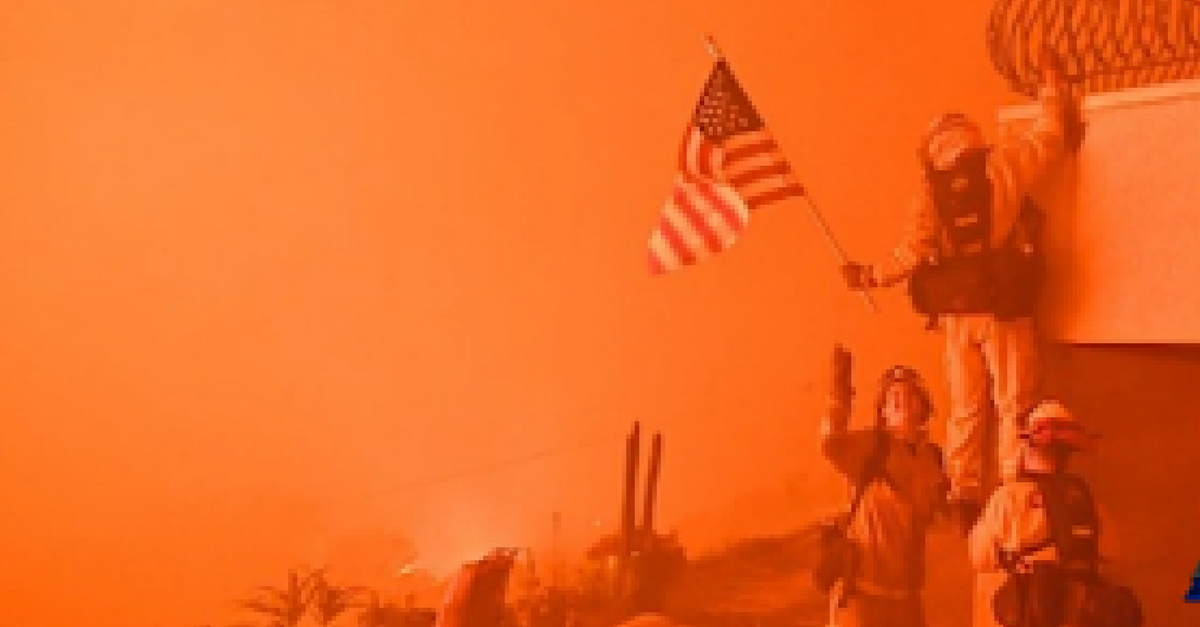