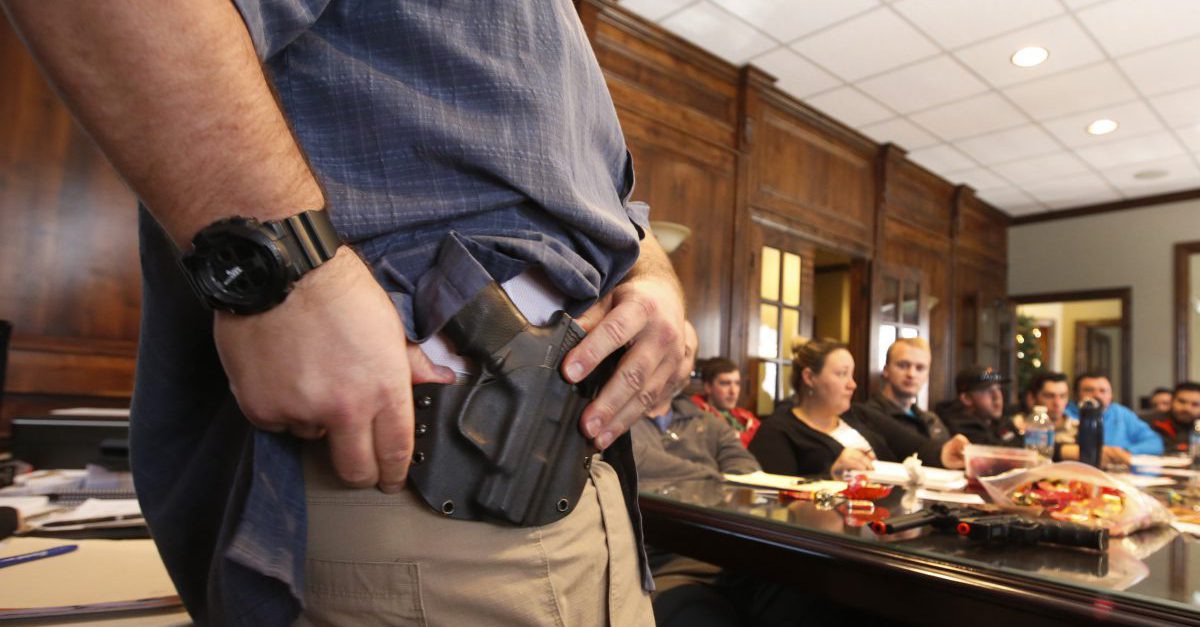 Photo by George Frey/Getty Images
PROVO, UT - DECEMBER 19: Damon Thueson shows a holster at a gun concealed carry permit class put on by "USA Firearms Training" on December 19, 2015 in Provo, Utah. Demand for concealed carry permits have spiked in the last several weeks with the terrorists attacks in Paris and the United States. (Photo by George Frey/Getty Images)

In some great news for Florida gun owners, the state announced that it will be lowering the fee to apply or renew concealed weapons permits by five dollars.

Beginning on July 1, gun owners will only have to pay $55 for a permit or to renew their permit, rather than $60. Agriculture Commissioner Adam Putnam announced the news on Thursday, marking the third time he’s reduced the fees on such permits.

RELATED: Georgia?s new campus concealed carry law has some asking if guns and alcohol-heavy situations are a good idea

?I?m a proud supporter of the Second Amendment and am dedicated to making our concealed weapon license application and renewal process as convenient as possible,? Putnam said.