Has your heart ever swelled with so much American pride that you just have to burst into a passionate rendition of the national anthem?

One man was definitely feeling that love when he got on the intercom at a Wal-Mart in Osage Beach, Mo., and entertained the entire store. James Fruits, of Cleveland, Ohio, was filmed singing “The Star-Spangled Banner” by his 15-year-old son, Malachi.

According to ABC News, Fruits first sang “The Star-Spangled Banner” in a Wal-Mart aisle where American flags were on display. The store’s manager overheard the performance and asked Fruits to sing again over the loudspeaker.

“People gathered around and cheered, and there were some Wal-Mart employees there as well,” Fruits, 40, told ABC News. “I thought great timing, being around the Fourth of July and being in the heart of Missouri, where people seem to be super patriotic.”

Fruits was given a $10 Wal-Mart gift card and a superhero cape for his efforts — plus a little internet fame.

“It’s blown me away, and I am honored and humbled that so many people are loving it so much,” he said. “I am happy to brighten people’s day, and I definitely feel like that’s my life’s mission — to make a difference wherever I am.”

According to Fruits’ Facebook page, he returned to Wal-Mart at 11 p.m. to give an encore performance for the night crew.

“The higher ups put the kabosh on anything else being done over the intercom, but I don’t exactly need amplification,” Fruits joked on Facebook. 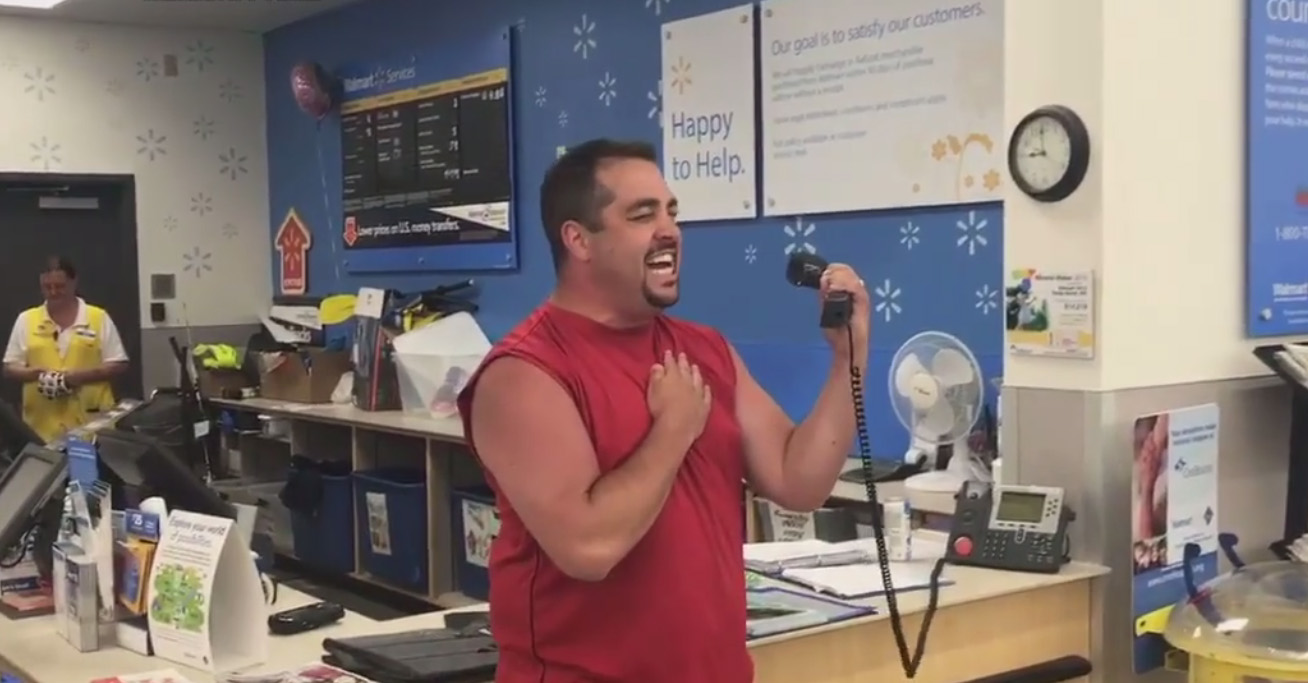