Never-before-seen FBI photos are a haunting reminder of the Sept. 11 Pentagon attack 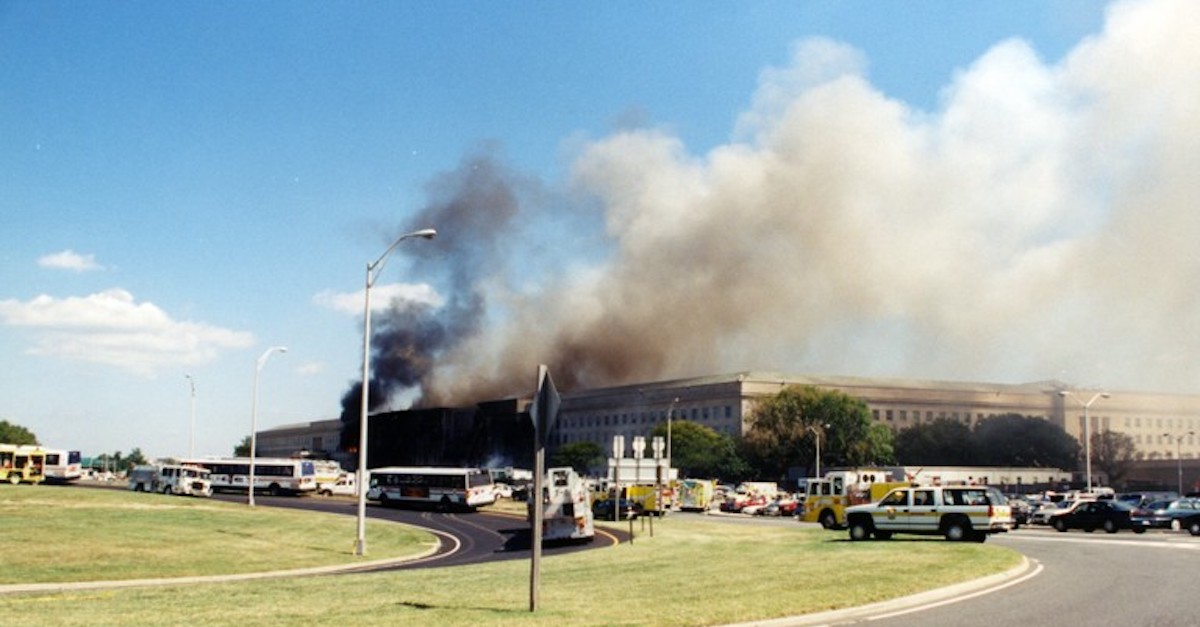 Earlier this year, the FBI released 27 never-before-seen photos of the moments and days after American Airlines Flight 77 crashed into the Pentagon.

The newly released images in the so-called vault on the Bureau’s website show firefighters and first responders working at the scene, surrounded by destruction and rubble from the building and twisted debris from the plane in the aftermath of the attack. The faces of firefighters and hazmat suit-clad FBI investigators combing the site are blacked out.

RELATED: “Let’s Roll” — how a catchphrase became a rallying cry for patriotic bravery.

On Sept. 11, 2001, al-Qaeda terrorists hijacked the Los Angeles-bound Boeing 757 and crashed it into the western side of the Pentagon in Arlington, Va., killing a total of 189 people, including all 64 aboard the plane. A 95-ft. section of the building collapsed and fires spread through all five floors of the building on that side. It took firefighters more than 24 hours to get the flames under control.

The damaged section of the building was repaired and reoccupied by August 2002. The victims were memorialized in a 2-acre park adjacent to the crash site on Pentagon grounds. In June, architects were selected to build a visitors’ education center to accompany the existing memorial, which will be funded entirely with donations. Four former U.S. Defense Secretaries — Robert Gates, Chuck Hagel, Leon Panetta, Donald Rumsfeld — pledged their support for the center Sept. 8, three days ahead of the 16th anniversary of the attacks.