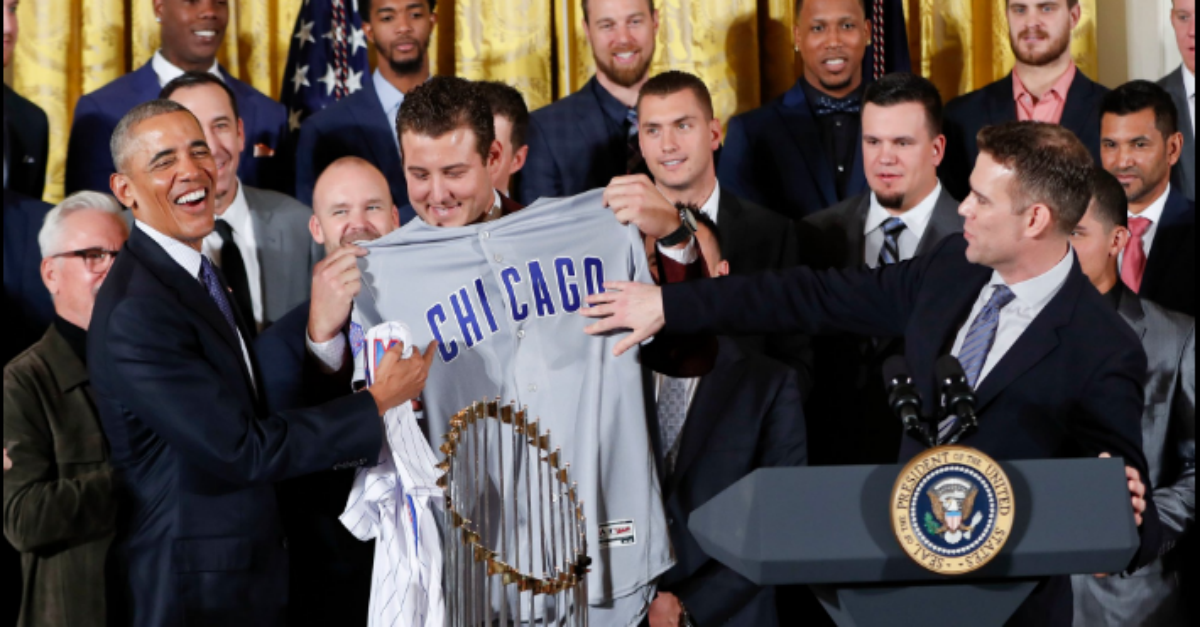 For the last time in his tenure as president, Barack Obama welcomed a championship team to the White House. This time it had a special meaning to the outgoing commander-in-chief, as he spent much of his life in Chicago (though he is a White Sox fan). When Obama took to the microphone to address the Cubs fans and legions of reporters, his first words were “they said this day would never come.”

"Among Sox fans, I am the @Cubs #1 fan." —@POTUS welcomes the 2016 World Series champs to the White House. https://t.co/tSLVIlrBfj

For the next half hour, the president used the microphone to crack jokes on himself and his favorite team. He started his address with, “I will say to The Cubs that it took you long enough, I’ve got only got four days left.”

“It took you long enough” says Obama during Chicago Cubs event; joking that he only has four days left

The president joked that his chief aide claimed on the eve of the Cubs’ victory that it was the best day of her life. He sounded a little dismayed when she confirmed that it was better than both her wedding day and the day that her boss was elected president.

Cubs having fun after the press conference. #CubsinDC #GoCubsGo pic.twitter.com/dUvT0HJraE

He said that there were “a lot of sick days during the playoffs” and even pointed out that one of his staff members “was caught being interviewed at a bar outside of Wrigley.”

RELATED: “Pop Off” is the newest single by Barack Obama

The Cubs also had a few jokes for the outgoing president, offering him a “midnight pardon” for his White Sox fandom.

It’s great to have a president that can laugh at himself, and Monday’s showing was a great way for the nation to say goodbye to President Obama.