President Trump calls widow of fallen soldier, tells her he knew “what he signed up for” 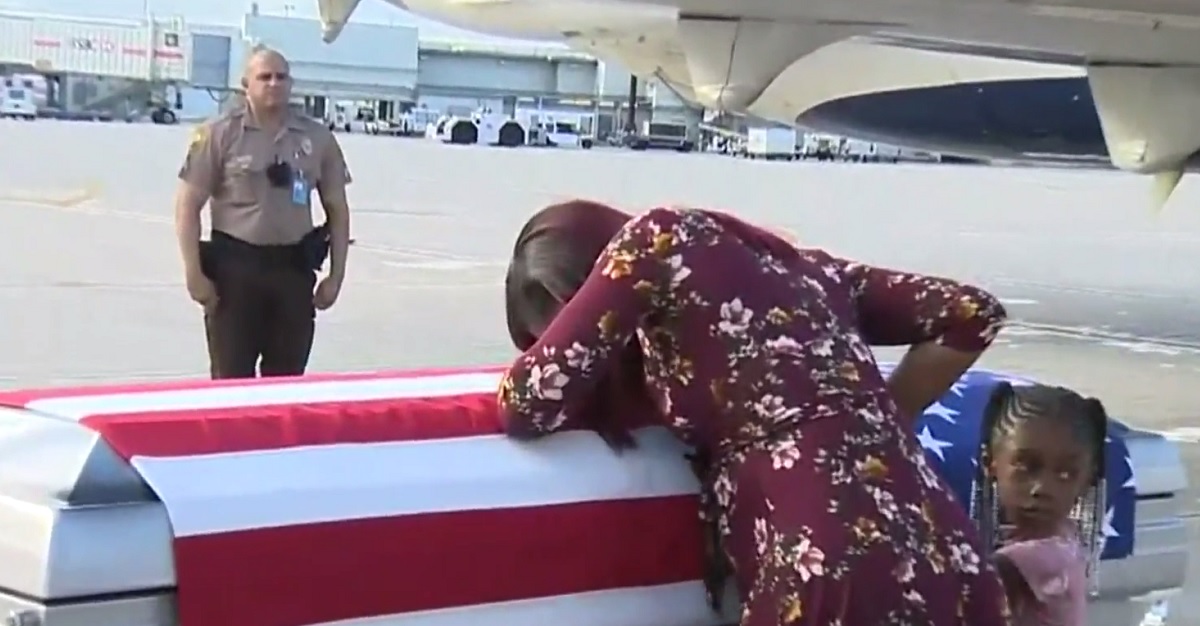 The body of one of four Army servicemen killed in action in Niger on October 4th — Army Sergeant La David Johnson — returned to the United States today. A flight bearing Sgt. Johnson’s remains landed at Miami International Airport, according to WPLG.

RELATED: A widow honoring a fallen hero on a flight transporting him home was told to ?be quiet?

The plane was met by Johnson’s widow, Myeshia Johnson, who is pregnant with the couple’s third child. Also present was an Honor Guard and local politicians.

President Donald Trump reportedly called Johnson to offer his condolences, telling her that her fallen husband “knew what he signed up for,” adding that “when it happens it hurts anyway.”

That response is generating some controversy, with some saying the President was unnecessarily callous and blunt. Florida Rep. Frederica Wilson, who was present, said she heard the call with President Donald Trump and couldn’t believe her ears.

.@RepWilson, who rode w/ Sgt. Johnson's widow, said she heard part of call w/ Pres. Trump; "He must've known what he signed up for" @NBC6 pic.twitter.com/Rep6ERrQEb

The president denied that he made these remarks early Wednesday.

Democrat Congresswoman totally fabricated what I said to the wife of a soldier who died in action (and I have proof). Sad!