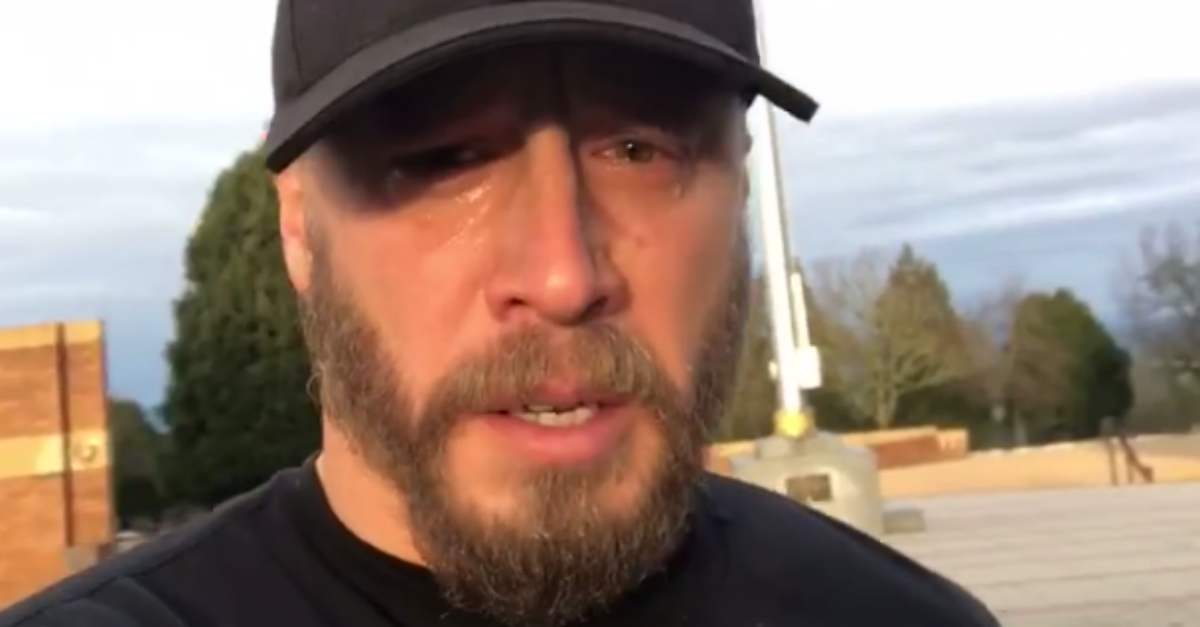 Former Marine Eric Post attracted a lot of attention online when he shared a heartfelt video from the Willamette National Cemetery in Portland, Ore.

Post began the video, which was posted to his Facebook, by saying, “Hey protesters, if you want to burn the flag, that’s your right. I get that.” The combat veteran then invited flag burners to the cemetery with him, saying, “We can take a tour and you can learn a little bit about sacrifice, and pride, and honor.”

The video has garnered more than 2.4 million views.

RELATED: A female Secret Service agent who reviles Trump has reversed her radical stance about protecting the president

Post’s video was in response to a Facebook event, “Inauguration Day Flag Burning Extravaganza!” which was scheduled for Jan. 20. The description of the planned event read:

“Let’s show our disgust for this empire of blood, it’s angry orange emperor, and all of the ignorant inbred goons who make up its power base, by incinerating the cloth rectangle that they worship. Let’s cleanse with flame this red, white, and blue symbol of empire, genocide, and white supremacy, right as orange Mussolini is being sworn into his office as top terrorist of the world.”

RELATED: A talented artist sang the national anthem and then won over crowd with this stunning patriotic mural

On Sunday, Post returned to the Willamette Cemetery, but no flag burners took him up on his offer. Instead, he was joined by a crowd of supporters who stood to hear him speak about his passion for patriotism.

Post said that since he first posted the video inviting the protesters to the cemetery, he’s received messages from “literally all over the world.” He stated that he gets frustrated when somebody looks at the flag and “doesn’t understand the complexity of it.”