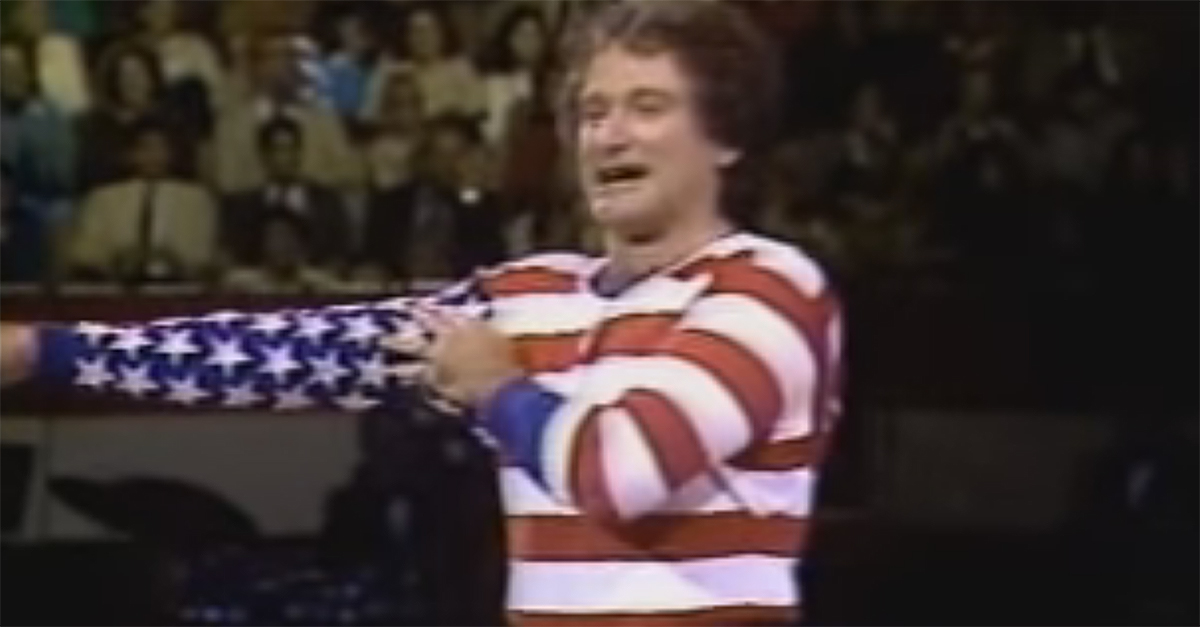 The beloved late entertainer performed in a two-hour television special created and written by American producer and writer Norman Lear. Lear is known for producing popular 70s sitcoms such as All in the Family, Sanford and Son, One Day at a Time, The Jeffersons, Good Times, and Maude, and also for his work as a renowned political activist.

Lear’s two-hour television special was called I Love Liberty commemorating the 250th anniversary of George Washington’s birth. It was sponsored by People for the American Way, an advocacy group founded by Lear “to fight right-wing extremism and defend constitutional values under attack.” The Mrs. Doubtfire star did a mini stand up as the American flag, throwing some light-hearted humor into a politics heavy event. And yes, I said the American flag.

In the raucous five minute monologue, Williams, as the American flag, talks about puberty and how only a few years before he had taken a trip to the moon. “I’ve been in a lot of wars, they’ve fired missiles and rockets at me, but come the dawn’s early light, I’m still there,” he says.

Robin Williams was always known for performing the best entertaining stuff. There isn’t a more perfectly appropriate person who could portray the American flag as well as he did. With Norman Lear and the People for the American Way receiving plenty of criticism for their political activism, Williams offered comic relief in a relevant way. It was a good reminder to remember how important it is to put down the fighting swords sometimes.

Editor’s note: This article was originally published on August 25, 2014.