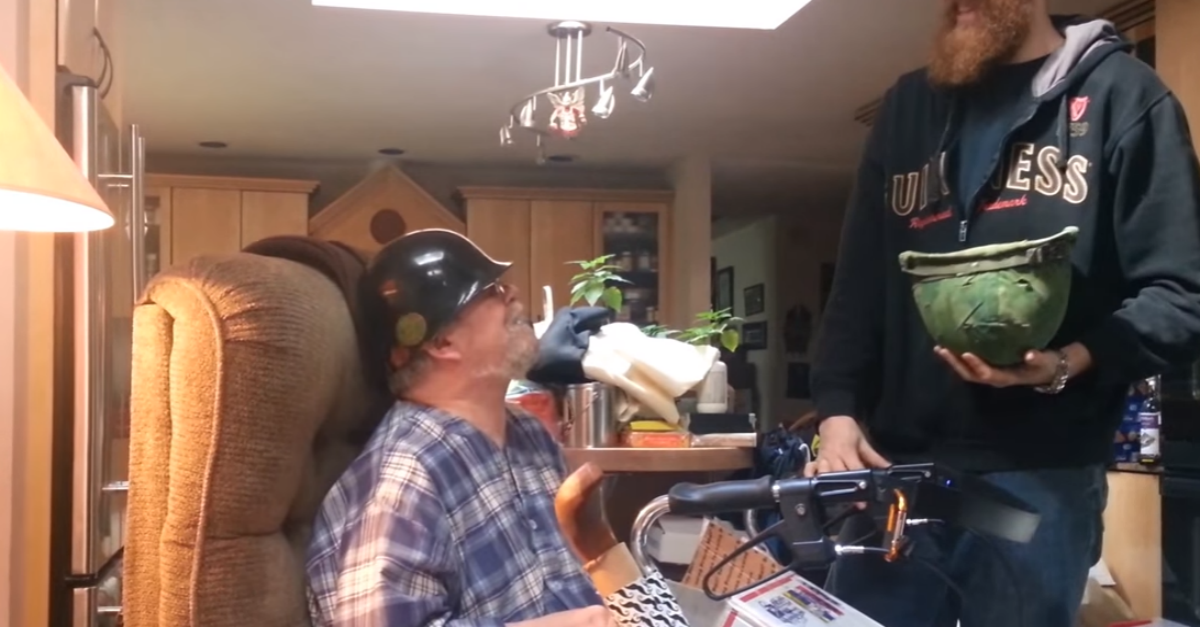 A thoughtful son had a wonderful present for his father when he found a Vietnam war helmet floating around on the internet. The son explained that somebody in the U.K. posted a picture of the helmet on Facebook and was looking for more information. After a month of contact, he managed to get the helmet shipped overseas “in exchange for a similar helmet.”

RELATED:Vietnam vet is looking for prayers after thieves broke into his home and took his most treasured items

In a touching moment captured on video, his dad was incredulous when given the artifact. He exclaimed, “God, last time I saw this was in ‘nam. I didn’t bring it home, I came home wearing a floppy.” According to the description in the video, he served in Vietnam as a member of the U.S. Army from 1968 to 1969. The last American soldier left the Asian peninsula in 1973.

The son explained that “while it might not be your helmet, it’s your liner.” Apparently, the veteran recognized the liner as one that was issued at Fort Ord in California. He gleefully put the liner atop his head, for the first time in decades.

According to the National Archives, just over 58,000 soldiers died in the Vietnam war. California lost the most young men in the conflict with 5,575 casualties.