New Jersey shut down its government for several days in July 2017, the result of disagreement between Republican Governor Chris Christie and Democrat state assembly speaker Vincent Prieto. Both parties placed responsibility at the feet of the other for an inability to pass a budget.

(In a late-night session on Monday night, Christie and New Jersey lawmakers agreed to a budget, reports CNN and other outlets. All New Jersey beaches will be open for the Fourth of July holiday.)

When the state government shut down, numerous New Jersey state functions shut down too, including its public parks and beaches. On a holiday weekend, that didn’t look smart.

But then Chris Christie went to one of the closed beaches with his family, and all hell broke loose. They were caught by an NJ.com journalism team who had a hunch, flew over the beach, and nabbed the Christies enjoying an unspoiled stretch of beach all to themselves.

RELATED: Chris Christie said he didn’t get any sun, but the world saw him tanning on the very state beach he shut down

New Jersey residents, low on patience already, weren’t unamused. And while many confined their gripes to the internet, at least one person took their complaints to the heavens.

The message is a riff on Christie’s famous press conference before Hurricane Sandy came ashore and thrashed New Jersey in 2011. In that press conference, Christie warned people to evacuate, telling them to “Get the hell off the beach.”

The cheeky banner was met with cheers and applause from New Jersey onlookers. In a video posted to Facebook by Jersey Shore Hurricane News, onlookers are audibly applauding the flyby sign. One man goes “That’s great!” 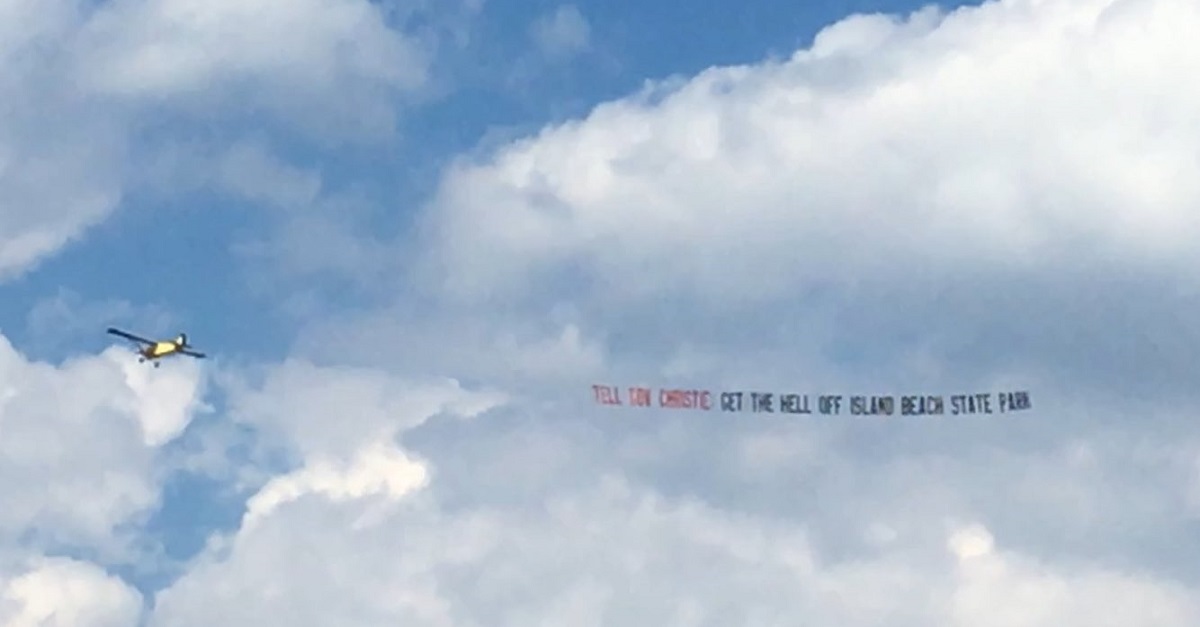