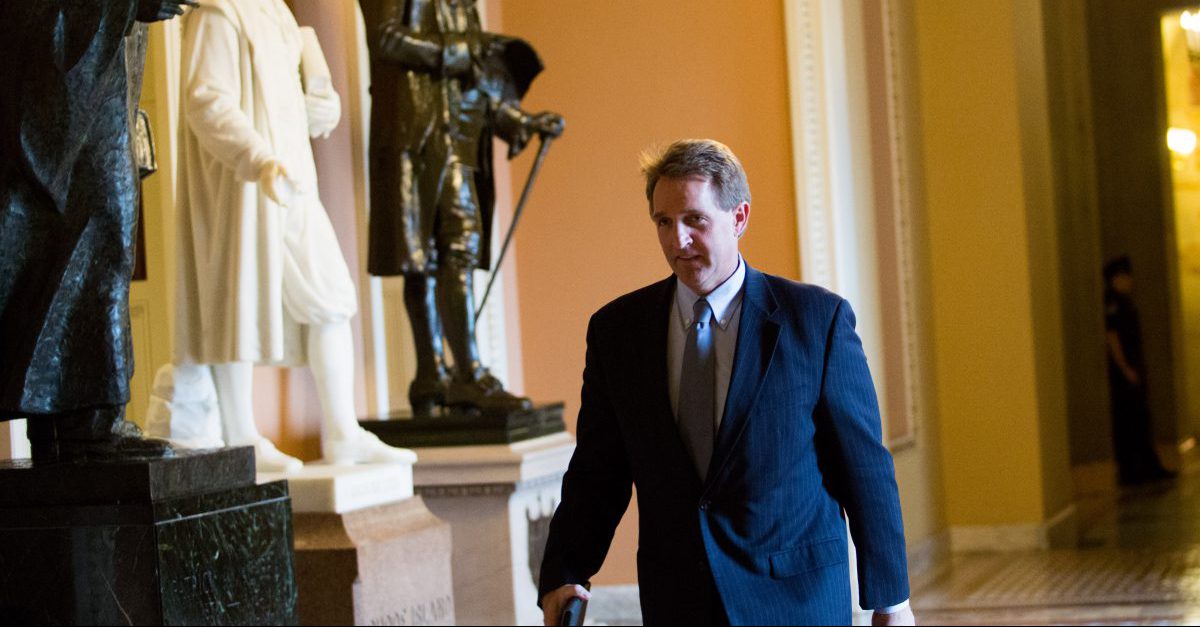 Republican Arizona Sen. Jeff Flake announced he will not seek reelection in a speech excoriating President Donald Trump and the “anger and resentment” he said was “not a governing philosophy” for the United States.

“When the next generation asks ‘Why didn’t you do something? Why didn’t you speak up?’ — what are we going to say? Mr. President,” he said, “I rise to say enough … I have children and grandchildren to answer to.”

Flake said the politics of the Trump administration “threaten to turn us into a fearful, backward-looking people” and turn Republicans into a “fearful, backward-looking minority party.” He criticized some fellow Republicans for “unquestioning loyalty” to Trump and the administration, saying “we have fooled ourselves for long enough that a pivot to governing is right around the corner, a return to civility and stability right behind it.”

“Politics can make us silent when we should speak, and silence can equal complicity.” he said. “I will not be complicit.”

“This spell will eventually break and we will return to ourselves … the sooner the better,” Flake said.

His retirement leaves Arizona State Sen. and Trump loyalist Kelli Ward in a prime position to capture the Republican nomination in the state’s Senate race.