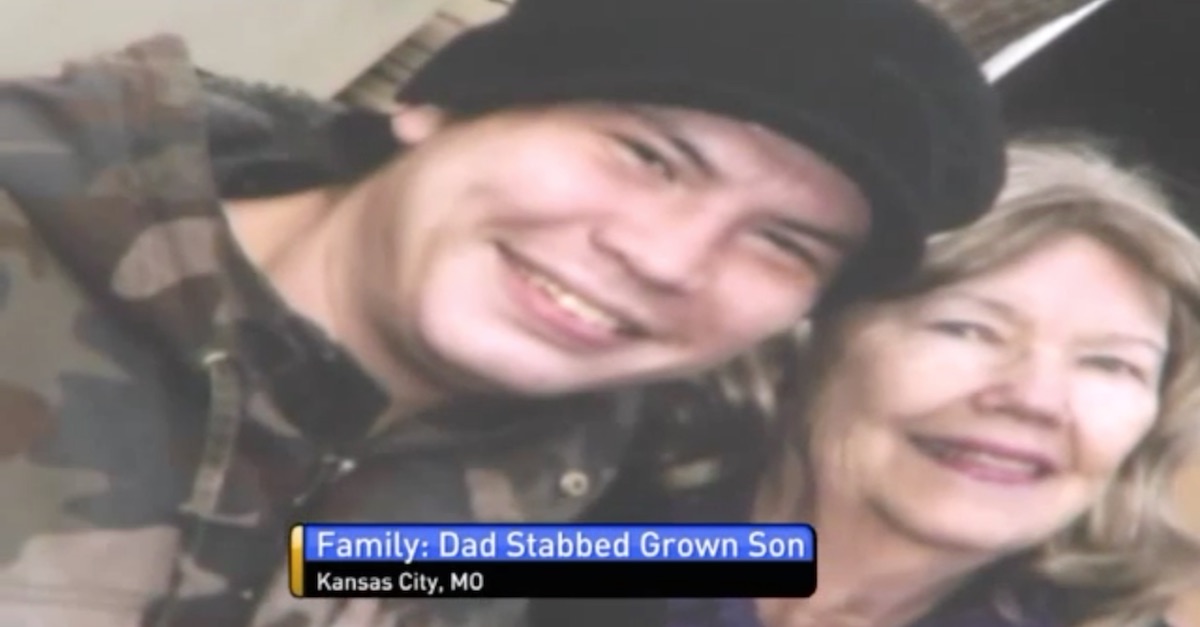 These Kansas City, Mo., grandparents were shocked and saddened to wake up Sunday morning to the reality that their son-in-law stabbed his own son to death in their backyard.

RELATED: The sad truth about a woman who police thought jumped from a bridge to her death has come to light

FOX 4 spoke with the grieving grandmother, who did not wish to be identified by name. She said her 27-year-old grandson, Joey, was stabbed and that she saw her son-in-law led away in cuffs by the police.

“The drinking demon jumped in, and that’s when things changed,” she told FOX 4. “I wish Joey had a better future, but I guess he does now where he is. Better one than he had here on Earth.”

The father and son were said to be hanging out in the backyard when the former pulled out a knife and stabbed his son twice.

Joey’s grandfather described what happened next.

“He fell. He went down to his knees, […] then before he could get back up, he stabbed him again,” he said.

The son-in-law was drinking heavily near a shed in the backyard. Family said that Joey stood by his father during his struggles with alcoholism.

RELATED: A 21-year-old woman with her whole life ahead of her was shot dead by a 12-year-old kid, police say

Police say one person has been taken into custody, but that charges have yet to be filed.