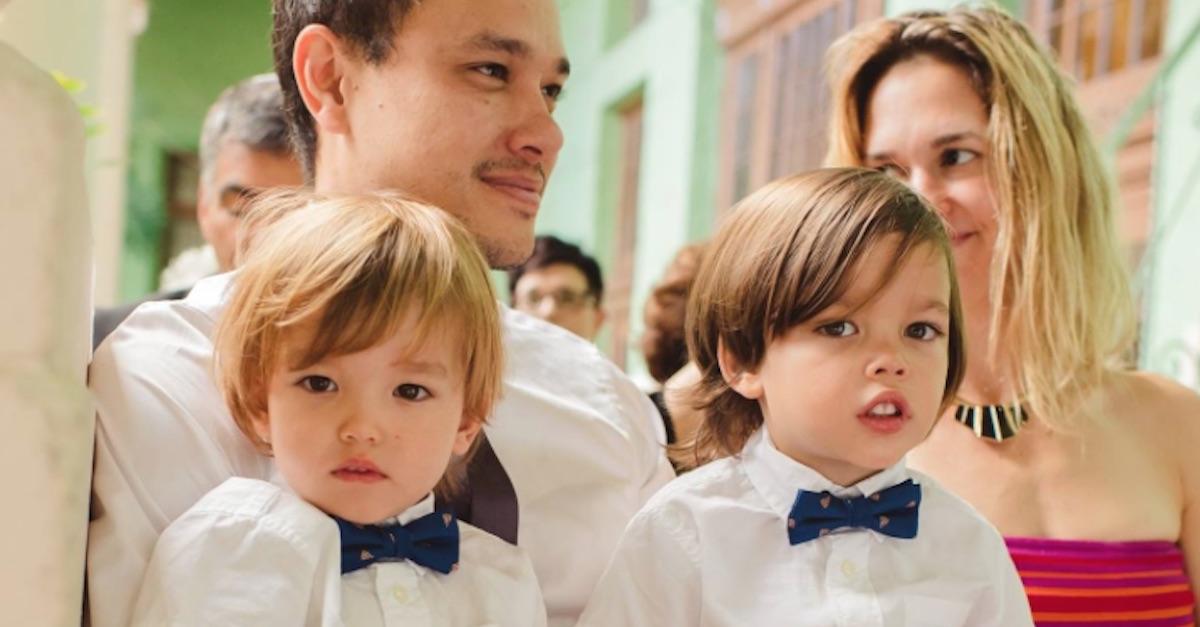 James Ramsey is hoping that he’s experiencing a nightmare that he’ll soon wake up from, and that he will once again see his two young sons and their mother safe and sound.

RELATED: The Coast Guard just made a grim discovery after four Americans went missing near the Bermuda Triangle

Ramsey’s 4- and 3-year-old sons, Phineas and Theodore, their mother Jennifer Blumin, 40, and her boyfriend Nathan Ulrich, 52, vanished without a trace Monday — their plane en route from Puerto Rico to Florida never arrived.

Since then, the U.S. Coast Guard has been searching non-stop for survivors, though the discovery of debris Tuesday afternoon near the Bahamas, debris believed to be from the twin-engine MU-2B piloted by Ulrich, casts unfortunate doubt on these hopes.

#UPDATE #USCG Ages of missing boys is 3 and 4. Original report of 10 and 4 was incorrect.

DEVELOPING: U.S. Coast Guard searching in the Bahamas for a small plane with 4 people from New York on board. https://t.co/kS3tc7Tugq pic.twitter.com/VOKN79HmHC

The grieving father spoke with the New York Daily News on Wednesday and poured out his sorrow.

“I lost what I loved more than anything,” he said. “I keep hoping it’s not real, and I’ll wake up. Wouldn’t wish this pain on the worst person in the world.”

The master looking up from his piece while the other kids play in the snow.

The plane was reportedly flying at 24,000 feet when contact with air traffic control ceased.

While the Coast Guard is still searching for survivors, the finding of debris paints a grim picture.

Blumin, described as a prominent New York businesswoman, founded Skylight Group, an event planner in the fashion industry, while Ulrich is the owner of Xootr, a company that makes folding scooters.

Nathan Ulrich’s parents have also released a statement about their son.

RELATED: A plane missed an airport runway and went down in flames, and the early photos from the scene do not look good

“We were devastated and shocked to learn that Nathan, Jennifer and her children have been missing since leaving from Puerto Rico on Monday,” they said. “Nathan is our beloved son, brother and uncle, and we wish for resolution as the Coast Guard search continues. Our prayers and thoughts are with the Blumin family and James Ramsey in this difficult time.”

At this point, no bodies have been found.