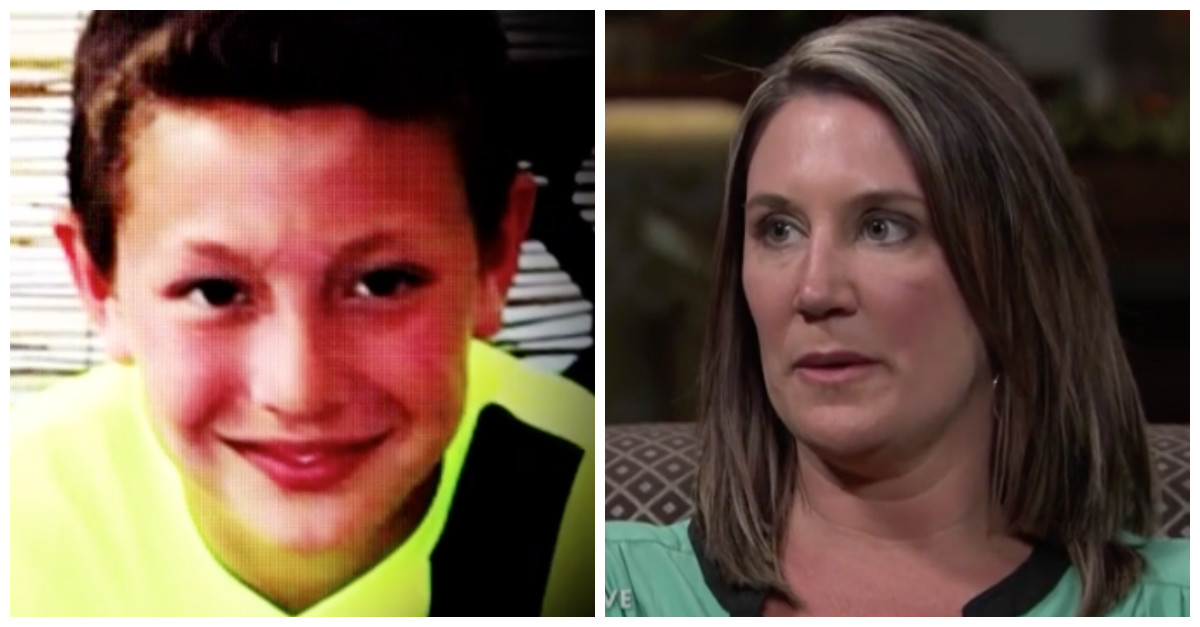 Katrina Goss of Michigan is still mourning the loss of her 11-year-old son Tysen Benz, who tried to hang himself at home and died at the hospital three weeks after he was allegedly viciously pranked on social media.

RELATED: An 11-year-old boy who tried to kill himself after a ?horrific? social media prank has sadly passed away

That “prank” being that his girlfriend, 13, had taken her own life.

Goss revealed Monday to Dr. Phil McGraw that she has not spoken to the girl since this happened, that no one in the girl’s family has tried to contact her, that the girl went to school the next day “as if nothing happened,” and that she didn’t attend Tysen’s funeral.

The girl, who hasn’t been identified by name because she is a minor, now faces charges of malicious use of telecommunication services and using a computer to commit a crime.

Goss said that the decision to take her son off of life support on April 4 was incredibly painful.

?I had to make the choice,” she said. ?It was the hardest choice that I would ever have to make.?

?I don?t even know how to describe it. I don?t wish it on anyone or my worst enemy. It was ? it was horrible,” she added. ?I mean he was so young. He was only 11. So to see a little child who was so innocent and had the most ? the brightest future ? to have to let him go was horrific.?

Goss believes that the girl wanted her son to kill himself.

“I actually do feel that it was intentional, just from things I?ve gathered and information, but I do feel that that was her intention,” she said.

?I truly don?t know what the point of this prank was. I don?t even know how that?s supposed to be funny, especially if she cared about him at all. I am not sure how that could be a joke,? she told People in a separate interview.

RELATED: An investigation into the social media prank that prompted an 11-year-old boy?s suicide has led police to another child

?He was amazing ? an amazing athlete who was super fun and had a great sense of humor. He was extremely social; the whole community is upset” she said of her son. “[W]e are utterly devastated, and we will never get over it.?