Groom Arrested After Assaulting Teen Waitress At His Own Wedding Reception 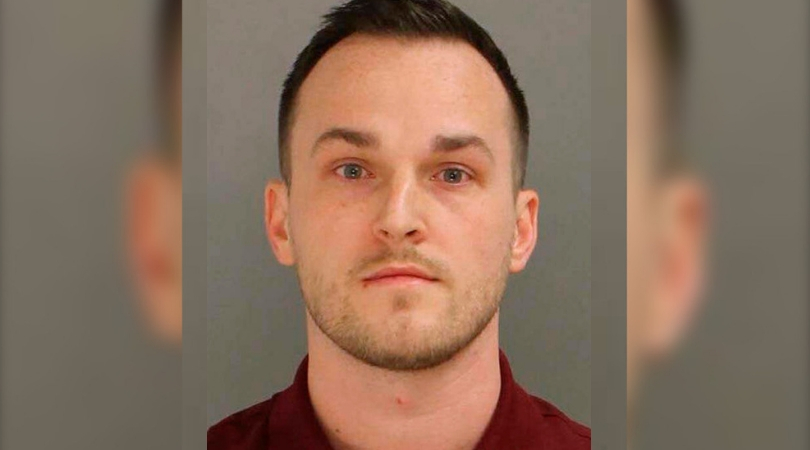 A groom in Pennsylvania didn’t have the best wedding day after he was arrested during his wedding reception. Matthew Aimers was allegedly forcing himself on teenager waitress after saying I do and then was taken from the hall in handcuffs over a drunken brawl.

Aimers was arraigned on charges of indecent assault, indecent exposure, false imprisonment of minor and related offenses. An affidavit says the teenage waitress had spurned Aimers’ advances during the reception. He then followed her into a bathroom and pulled her into a stall where he allegedly groped her and exposed himself. Aims also offered the girl $100 if he kissed him “like she meant it.” On his wedding day. Yup, can you imagine his poor wife? Try explaining that to Aunt Sherry sitting on table 3.

It doesn’t end there, though. The 32-year-old is also charged with simple assault, disorderly conduct and resist arrest after police say he fought officers who responded to a brawl at the reception. A worker alleged Aimers punched him after he tried to stop him from bringing alcohol outside. Aimers reportedly put up strong resistance to being arrested and attempted to entice cops in a fight. Police officers were forced to restrain him with a taser after he boarded a shuttle bus parked nearby.

His attorney said the man denies all charged and “maintains his innocence and is looking forward to clearing his name.” Aimers was released after posting 10 percent of $350,000 bail and is still facing a preliminary hearing in the sex assault.

Now, as far as the bride and their relationship, well that still remain in the air. But I mean…if your broom cheats on you on your wedding day, it’s probably best to bail. Major red flags. Not the worst thing I’ve seen at a wedding reception but comes pretty close. I just hope the guests had a better time than he did.

Watch: These Wedding Proposals Will Make You Smile