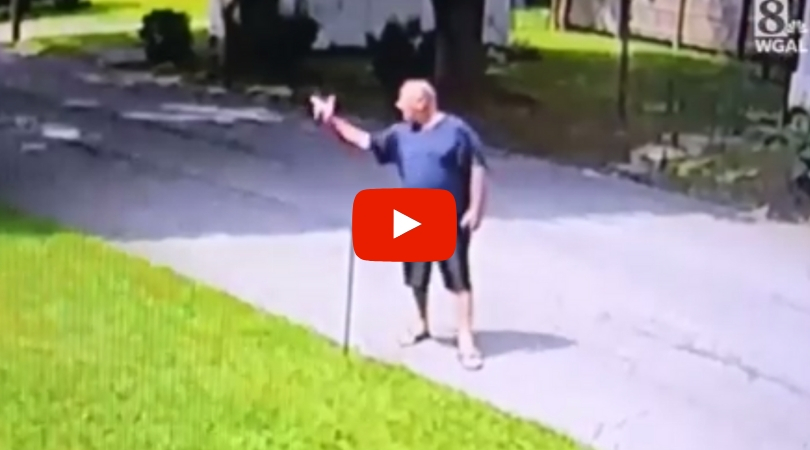 It looks like Pennsylvania has had enough of fake threats. The Pennsylvania court has ruled that making a gun-like gesture with your hand is an actual crime! The case is based in Lancaster County where a superior court ruled the motion made by Stephen Kirchner, which made his neighbor feel unsafe.

Nearby residents were also reportedly nervous, to which they called the police to visit Kirchner. According to reports, the 64-year-old made the gesture toward his neighbor in Manor Township back in June 2018. Surveillance video showed Kirchner walking alongside a female, he then stops to make eye contact with the neighbor and proceeds to makes a gun gesture at him, imitating the firing and recoiling of a gun. The “action” made the neighbor feel “extremely threatened,” quickly calling 911.

This isn’t the first time Kirchner has a problem with the law or his neighbors. The DA’s Office stated there was a hefty ongoing history of confrontations between Kirchner, the neighbor, and a female acquaintance of Kirchner who also witnessed the gun-like gesture last year. The woman has a “no contact” order against the neighbor. Due to that contentious history, the DA’s Office said the neighbor had to install SIX video cameras, which is how the gesture was recorded.

Why did Kirchner decide to do the ridiculous hand gestures in the first place? Well, according to the jokester, his neighbor gave him “the finger with both hands.” So he decided to rebuttal and pretend to kill him. The unlucky man was then found guilty and was charged with disorderly conduct, but later appealed. He argued that the hand gesture didn’t create any physical or hazardous offensive condition. He also apologized saying he didn’t mean to cause any public alarm and that there wasn’t any real harm done to the neighbors or others.

But, the Superior Court of Pennsylvania found the gesture “served no legitimate purpose, and recklessly risked provoking a dangerous altercation.” Because well, we just can’t take any more risks after the last few months. Honestly, I don’t blame them. I would probably call the cops on my neighbors too. Especially if they were super annoying. Which is why Kirchner was ordered to pay a fine of $100 and court cost. Poor dude, you live and you learn.