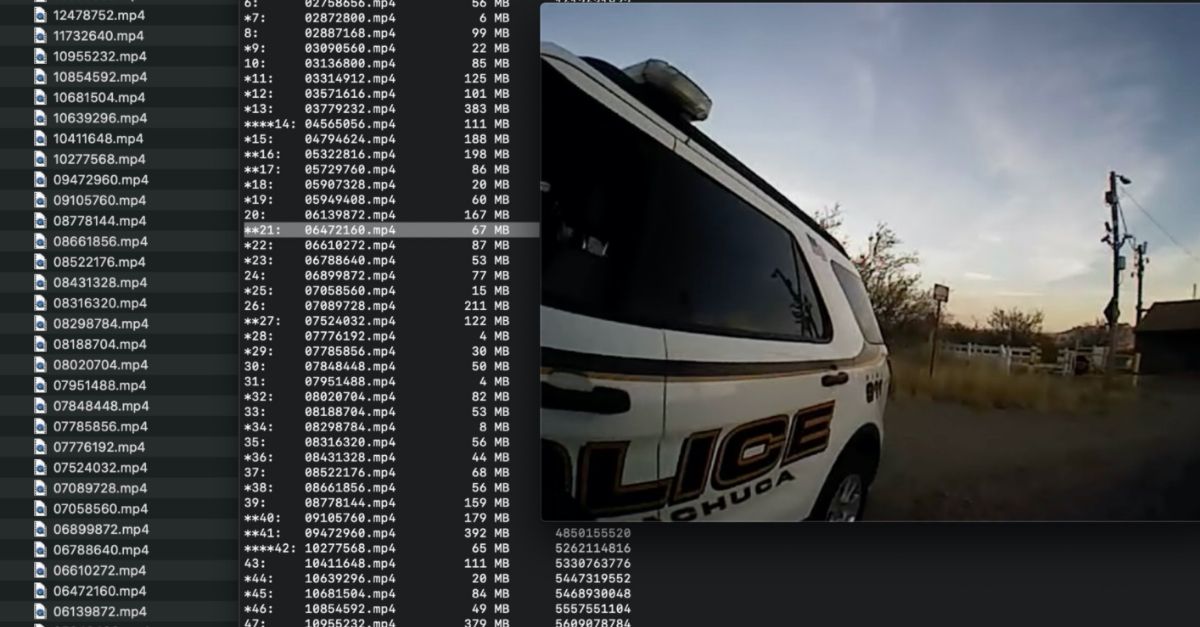 With recent times being the way that they are, police body cameras have been more important than ever. Axon, previously known as Taser, is currently one of the biggest companies that sells body cameras and cloud storage solutions to law enforcement agencies, capitalizing on the rising demand for complete clarity with police officers regarding video evidence. But recently, they’ve run into some potential big issues with older models of their products.

A hacker with the Twitter name @d0tslash, tracked the process as the hacker broke through an old Axon police body camera bought on eBay. According to Vice, foreMost was used, an old U.S. Airforce forensics tool, to locate video files that were surprisingly unencrypted from the SD card that was inside the body-worn camera, an older version of Axon Body.

Soon enough, @d0tslash was combing through military footage, including a home search and an officer filling paperwork out. The old police body camera seemingly used to belong to a U.S Army installation in southeast Arizona called Fort Huachuca. Vice explained that the eBay seller did not respond to a request for comment.

Apparently, this isn’t exactly new news. Old police body cameras are commonly sold online, and other hackers have followed suit with @d0tslash. They explained that they will return the devices in the matter of avoiding legal issues. However, that hasn’t exactly halted others from scouring the depths of third party selling sites to find these mystery gems.

For the record… I offered to send the @axon_us Body cam SD card I purchased off eBay back to @Fort_Huachuca. Axon staff accepted the offer (became a request). I only listened to a few seconds of audio merely to verify its presence. I've since removed all extracted data in full! pic.twitter.com/KHe1tpG95T

An Axon representative told the Arizona Mirror, ?We are aware of this issue and have launched an investigation looking into the matter. We are also reevaluating our processes to better emphasize proper disposal procedures for our customers.?

I’m no tech expert, God forbid, I can barely work my smartphone. Nevertheless, as great as it is to be able to find old data from police departments, due to current events, my concern lies in the fact that old police body cameras that have the ability to store and transfer video files, are being sold on the Internet for free reign. Facial recognition and information security are just as important in protecting victims from further complications. If hackers can do this to older models, security issues will be another big issue because things can escalate to the newer ones.

But then again, what do I know about this stuff? I can barely work the mobile apps on my Iphone, much less make sure my wi-fi is working.