The threat of political violence and the effect of rhetoric on those who perpetrate it has been a topic of discussion on and off since the shooting in Alexandria, Va., carried out by 66-year-old James Hodgkinson, who targeted Republican lawmakers as they practiced in advance of the 2017 Congressional baseball game.

RELATED: The Alexandria shooter’s anger toward the government was evident as far back as 2011 in this interview

Rep. Steve Scalise (R-La.) was the most seriously wounded and has been in the hospital since June 14. As of Saturday, Scalise was still listed in serious condition after undergoing another surgery and has a long road to recovery ahead, the Times-Picayune reported.

This time, a potential crisis has been averted, as a man who spoke openly about the fact that he “could kill” Sen. Joni Ernst (R-Iowa) at the Harley-Davision dealership in Pacific Junction, Iowa, she was scheduled to speak at days later was reported to the FBI by employees.

Robert William Simet, 64, was arrested on Friday by FBI agents in Omaha, Neb., and charged with threatening a U.S. official. Simet is accused of telling a motorcycle business employee that he “could kill” Sen. Ernst on Saturday and that he believed “everyone in the government needs to be killed off.”

The employee told authorities about Simet’s Wednesday visit, in which he also alleged Ernst was a member of ISIS.

As you can see in the video above, Ernst appeared at the Saturday event as planned.

Dr. Glenn Hurst, a longtime friend of Simet’s, told the Omaha World-Herald that he “wasn’t surprised when [he] heard about what he said,” but that his friend is “not a bad guy. He’s a sick guy.”

Hurst said he would respond in the past to inflammatory texts by saying, “Bob, I wouldn’t do that if I were you,” and that this would be enough.

The friend added that Simet told him he was diagnosed with schizophrenia after suffering a psychotic break more than a decade ago.

Hurst claims that this was a mental health issue, not a “Democrats versus Republicans issue,” though it is notable that Hurst is on a committee called Indivisible Nebraskans that has been opposing the repeal and replace of Obamacare.

“It’s about a sick individual with a good heart who needs help,” Hurst said. 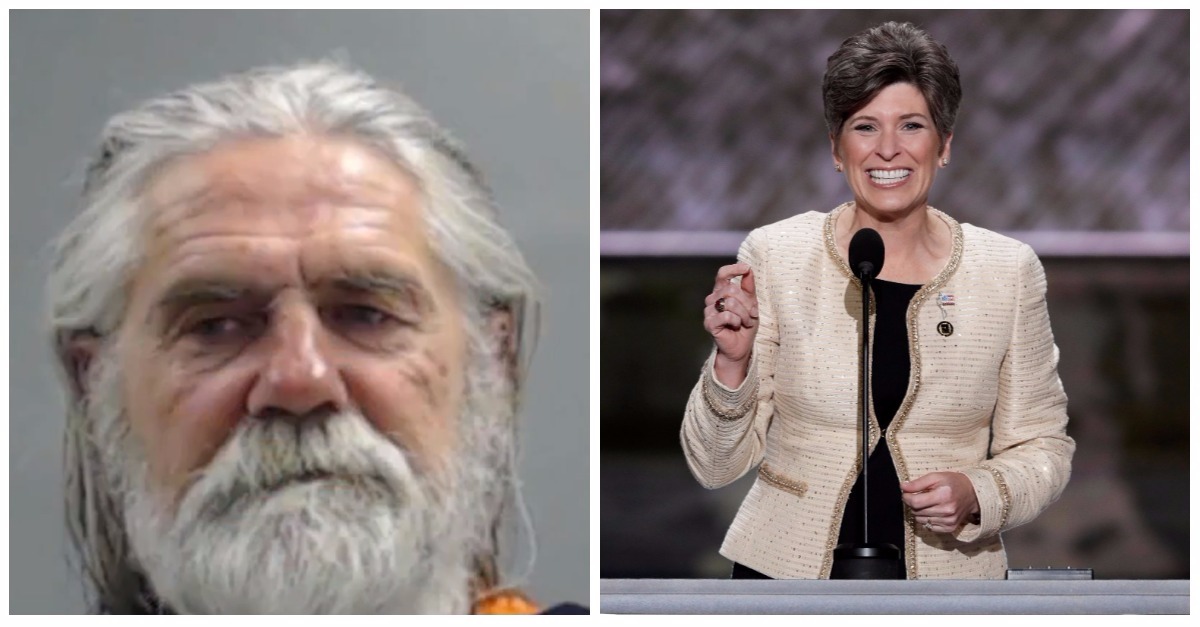