Menu
Follow us
Search
Menu
Search
VACAVILLE, CA - DECEMBER 17: (Editorial Use Only) John Gillis (the prisoner's name has been changed at his request), age 73, a hospice care patient diagnosed with terminal colon cancer, takes his daily medication in the hospice care wing of California Medical Facility (CMF) on December 17, 2013 in Vacaville, California. Gillis is serving a 30 year sentence for a crime he chose to not disclose. He was diagnosed with cancer in April 2013; doctors currently expect him to live another three months. Gillis says he has lost 70 pounds over the last six weeks, though he won't take pain medication. Gillis believes terminal patients should be allowed out of prison, stating, "there's no need for [holding terminal patients in prison] - who's a threat to society in here?" While California has a compasionate release program for terminal patients in the last six months of life, the decision is ultimately made by judges, who frequently deny the request. CMF's hospice was the first of it's kind, originally created in the 1980s during the HIV/AIDS epidemic. The program currently holds 17 beds. When a patient arrives in CMF's hospice, doctors immediately apply for compassionate release. As of June 2013, California had 133,000 prisoners, of which 15,000 were over the age of 55. The U.S. incarcerates more people than any other country in the world, and as of 2010 the national prison population was 2.26 million people. According to Human Rights Watch, between 1995 and 2010 the total number of state and federal prisoners incresased by 42%, while the number of prisoners 55-and-older skyrocketed by 282%. (Photo by Andrew Burton/Getty Images)

A new study published by medical journal CANCER says almost one in three non-elderly Americans (who do not qualify for Medicare) abbreviate or simply don’t take drugs prescribed as part of their cancer treatments, simply because they cannot afford it.

The study surveyed 9000 cancer survivors across the United States and 126,000 people with no history of cancer to determine drug usage and patterns. The survey found that cancer patients were the most likely to put off filling prescriptions or ignore them entirely. They were also the most likely to skip doses, ask oncologists to prescribe less expensive drugs or seek out alternatives to prescription drugs.

RELATED: Here’s the draft of the Obamacare repeal and what it could mean for your healthcare

Cancer drugs are among the most expensive medications available, and even after insurance, many patients cannot even pay the deductible. High-deductible healthcare plans, often called “catastrophic” plans, can have deductibles over $5000. Combined with a co-pay (often 20 percent), a cancer patient could still owe tens of thousands of dollars, even if they’re covered by an insurance plan.

In a nation where some 69 percent of Americans have less than $1000 saved, and 34 percent have nothing saved at all (CNBC, 2016), emergency healthcare with even a moderate premium can be a burden.

Some 1.5 million Americans are diagnosed with cancer every year, and while their healthcare costs make up just 5 percent of the $3.2 trillion spent every year, the costs of cancer care are increasing faster than any other category.

Dr. Daniel Goldstein of Emory University’s Winship Cancer Center told WBUR: “There’s an increasing amount of data showing that patients with cancer suffer financial toxicity.” In other words, it’s so common that cancer patients cannot afford to take drugs as prescribed that doctors now have a name for the adverse effects: Financial Toxicity. 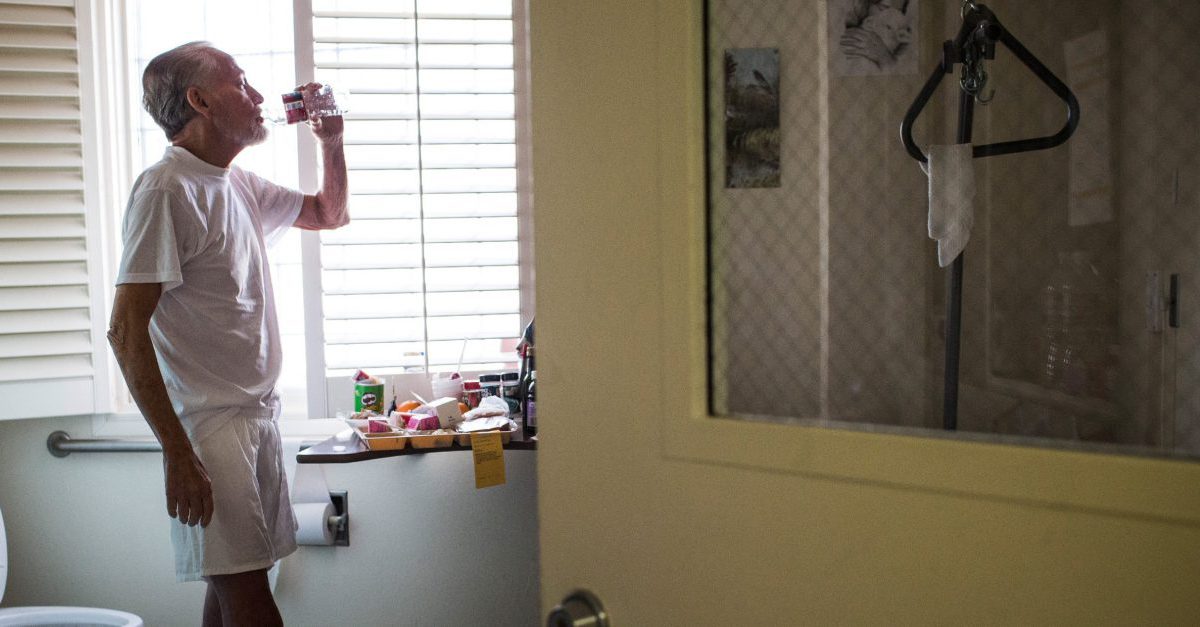