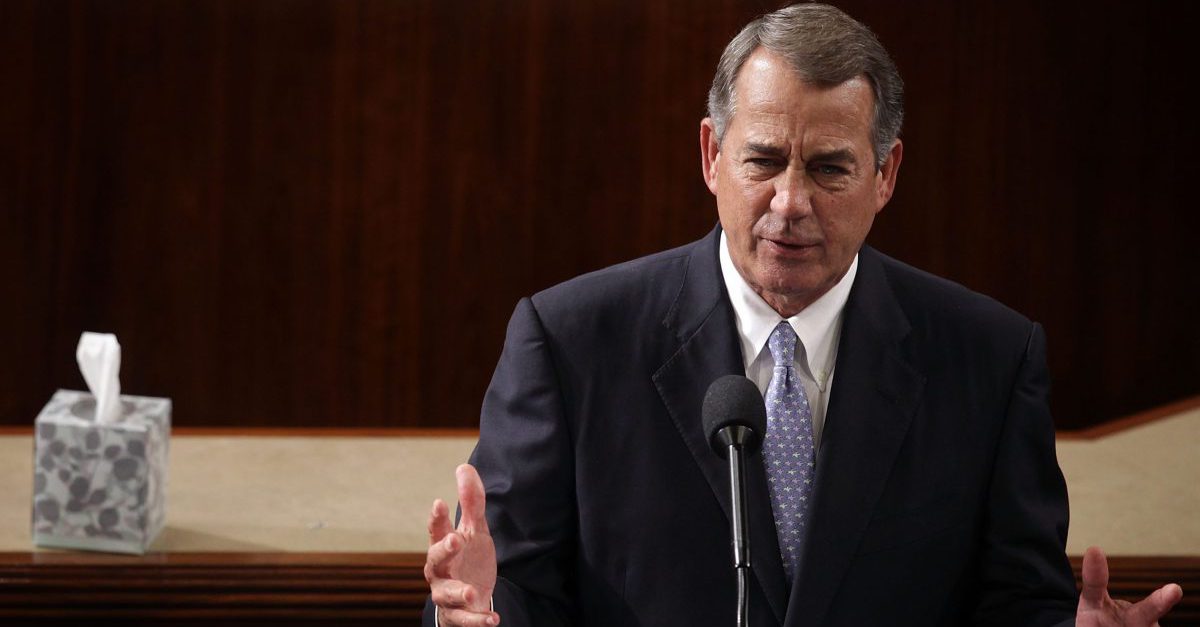 Alex Wong/Getty Images
WASHINGTON, DC - OCTOBER 29: Outgoing U.S. Speaker of the House Rep. John Boehner (R-OH) gives his farewell speech in the House Chamber of the Capitol October 29, 2015 on Capitol Hill in Washington, DC. The House of Representatives is scheduled to vote for a new speaker to succeed Boehner today. (Photo by Alex Wong/Getty Images)

While he said they’d “fix Obamacare,” former Speaker of the House John Boehner warned not to expect the kind of dramatic repeal-and-replace promised by Donald Trump on the campaign trail.

In an interview with Politico at a healthcare conference in Orlando, Boehner predicted a full repeal-and-replace was “not going to happen.” “Most of the framework of the Affordable Care Act, that’s going to be there,” he told reporters today. Changes would likely be modest, not monumental, he said.

As former Speaker of the House, Boehner has some experience with repeal votes ? about 50 of them, in fact. He called for repeal-and-replace during his tenure, even going back to correct himself when he once admitted the Affordable Care Act was the “law of the land” in 2012.

“Republicans never agree on healthcare,” he told Politico. That’s evident now, as members of the conservative House Freedom Caucus refuse to vote for anything short of a full repeal. At the same time, more moderate Republicans are fighting to keep more popular parts of Obamacare like the Medicaid expansion that has helped some states drive down their uninsured rates. Just today, Senator Lisa Murkowski (R-AK) said she would not vote to repeal the Medicaid expansion in Alaska.

Donald Trump has said to expect a replacement for the Affordable Care Act by March.