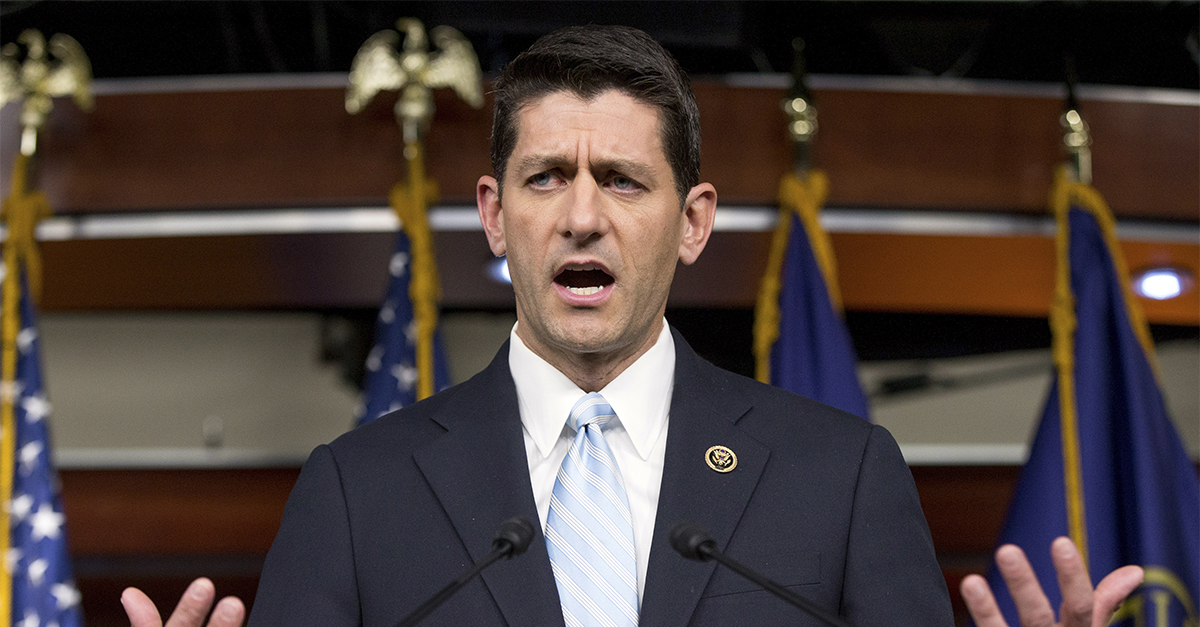 AP Photo/Andrew Harnik
Rep. Paul Ryan, R- Wis., speaks at a news conference following a House Republican meeting, Tuesday, Oct. 20, 2015, on Capitol Hill in Washington. Ryan told GOP lawmakers that he will run for speaker, but only if they embrace him by week's end as their consensus candidate, an ambitious bid to impose unity on a disordered and divided House. (AP Photo/Andrew Harnik)

It was a common refrain during Trump’s rallies, and after this week’s Senate vote, it’s never been closer.

But Obamacare’s repeal is turning out to be more complicated than saying “We’re going to repeal Obamacare.”

The audience got right to the issue in CNN’s Thursday town hall with Speaker of the House Paul Ryan. It was the first question from the first speaker, a small business owner who identified himself as a lifelong Republican. He’d been so against the Affordable Care Act that he planned to close his business instead of paying into Obamacare. Then, he also told Paul Ryan that cancer had almost taken his life—and insurance provided by the Affordable Care Act made it possible for him to get insurance he needed to cover the treatments to save his life.

Ryan, who’s been advocating for his own replacements for Obamacare for years, launched into an eager defense of their plan to repeal Obamacare. Both he and Trump claim they will repeal Obamacare at the same time as they replace it with another law (or laws) to help Americans get health insurance coverage.

At the core of his argument is a contention that Obamacare is “collapsing faster than ever” and entering what he calls a “death spiral” in which rising costs force people to dump their insurance, making those same costs rise even faster. While premiums went up an average of 22% last year across the country (and Arizona saw a whopping 116% increase), Healthcare.gov recorded a record 6.4 million enrollments during the open enrollment period, besting 2015 totals by over 400,000.

Ryan told the town hall audience that the solution to these problems was high-risk pools, which he and the GOP have introduced as a way to cover Americans with pre-existing conditions and others who would otherwise face higher premiums. Republicans have tentatively allocated $25 billion to pay for high-risk pools nationwide.

He faced a second question from the audience on the issue of subsidies and credits available to Obamacare enrollees. Currently, some 85% of those paying into a healthcare plan through the Affordable Care Act receive a government subsidy. It can help lower an enrollee’s premium to less than 10% of their income. Instead of a subsidy, Ryan’s plan would make Americans eligible for tax credits equivalent to what they paid for healthcare. If someone does not owe income tax, Ryan says they would receive be reimbursed for healthcare costs, similar to the subsidy architecture in place now.

Ryan did not say when a comprehensive plan for Obamacare’s replacement would be available, and added that nether he nor Trump had a date for replacing Obamacare with their own legislation, though he promised it would happen within the first 100 days.