A 9-year-old boy suffering from a rare disease has captured international attention with pictures of his severely swollen stomach. Shah Gul Mazari suffers from Hirschsprung’s disease, which causes a build-up of excrement in his bowels. The disease has caused the massive expansion and his abnormal form. It also seems to have led to an infection.

RELATED: One mother has a dire warning about the newest pre-teen fad after her daughter ended up in surgery

According to the Daily Mail, Mazari has “a 20 percent chance of survival” unless he receives surgery soon. Unfortunately, his father only earns around $3 a day and cannot afford the treatment that his son desperately needs. His father explained, “we had taken him to a government hospital where medicines for his treatment were given for free.”

His parents say that Shah received surgery when he was a year old; however, the procedure was unsuccessful and they’ve relied on government medicines ever since.

RELATED: A suicide attempt left him horribly disfigured, but face transplant surgery gave him a new lease on life you have to see

According to the National Institute of Diabetes and Digestive and Kidney Diseases, Hirschsprung’s disease occurs in only one in 5,000 newborns. Their website also states that the only treatment for the rare disorder is surgery.

News of the child’s illness has spread rapidly, and a police officer near them has offered to pay for the surgery. His parents expressed hope, saying “we are hopeful that our son can have a good future if he get treated for his condition at a big hospital. We hope God listen to our prayers soon.” 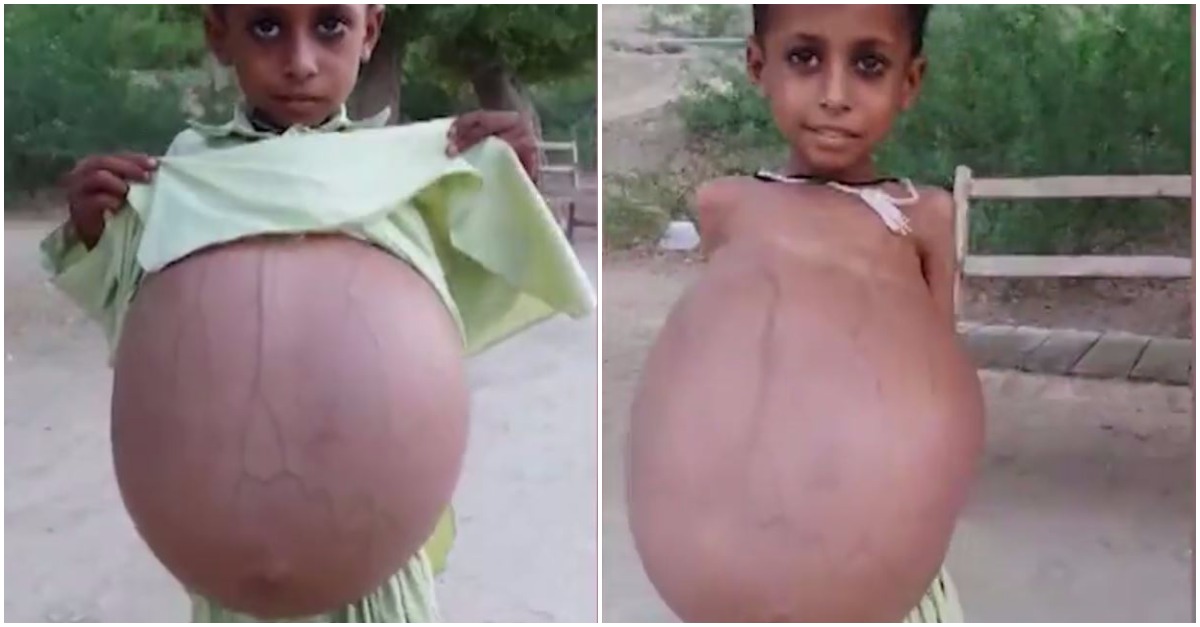