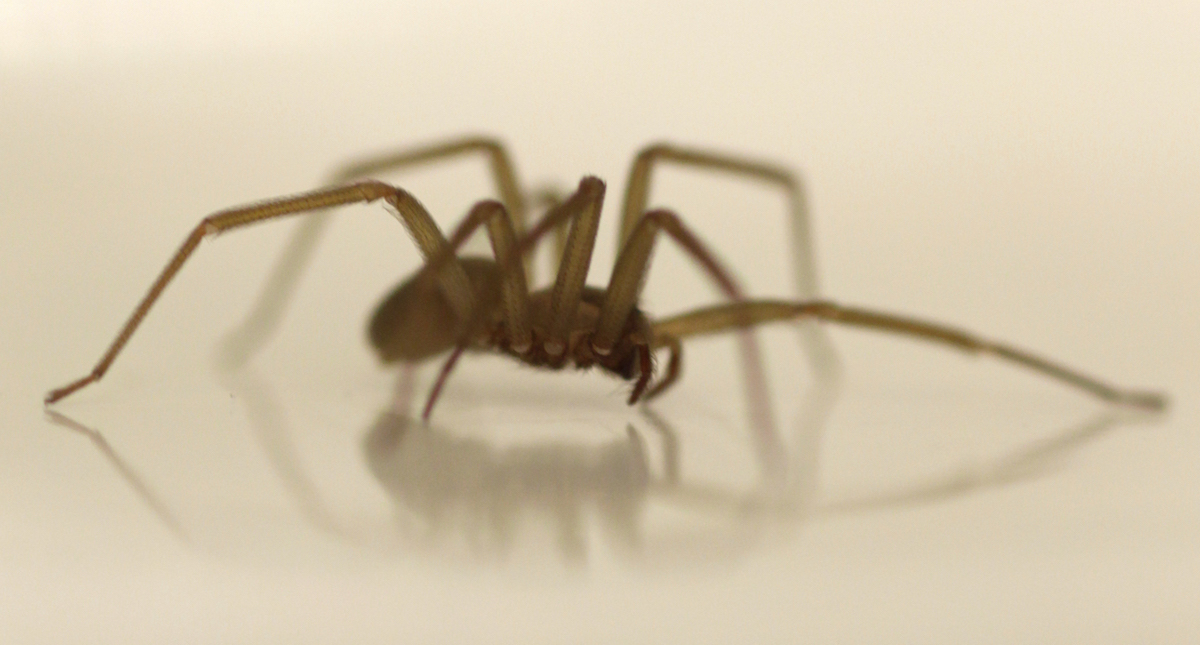 screenshot/ABC 12
**HOLD FOR STORY** A live Brown Recluse Spider crawl in a dish at the Smithsonian Institution National Museum of Natural History, Wednesday, March 30, 2011, in Washington. Spring brings people back outside just as the mosquitoes, ticks, yellow jackets and other bugs emerge to bug us. Though some can pose real threats, such as Lyme disease or life-threatening allergic reactions, most of the time bug bites in this country are just an itchy nuisance. (AP Photo/Carolyn Kaster)

The brown recluse is one of the few deadly spiders in the United States and a Michigan woman learned first-hand how terrifying the small insects can be. Jessica Greenwald first noticed what seemed to be an inconspicuous “red splotch” on her arm. But when the area started to fester and evolved into a blister, she took herself to the emergency room.

RELATED: The crazy thing thousands of spiders did to escape floods has the web amazed and terrified

ABC 12 reported that at the hospital, Greenwald was given an IV and misdiagnosed. She told the network that after she was sent home, she was “having a fever all the time, very nauseous, very lethargic, tired all the time.” She went back where doctors treated the now enormous blister as a spider bite–with a cocktail of antibiotics and steroids.

RELATED: Venomous spiders invaded a home and left a gruesome hole on top of an 8-year-old girl’s hand

As of Wednesday night, the massive blister had drained and was starting heal. Doctors suspected that she may have been bitten while she was sleeping and though Greenwald turned her home upside-down, she wasn’t able to find any brown recluse spiders. A physician’s assistant who spoke to ABC 12 dispensed some advice on possible spider bites, saying “if it’s getting way worse and we’re onto the unbearable side – sometimes you just know – if it’s not looking right it’s time to go.”